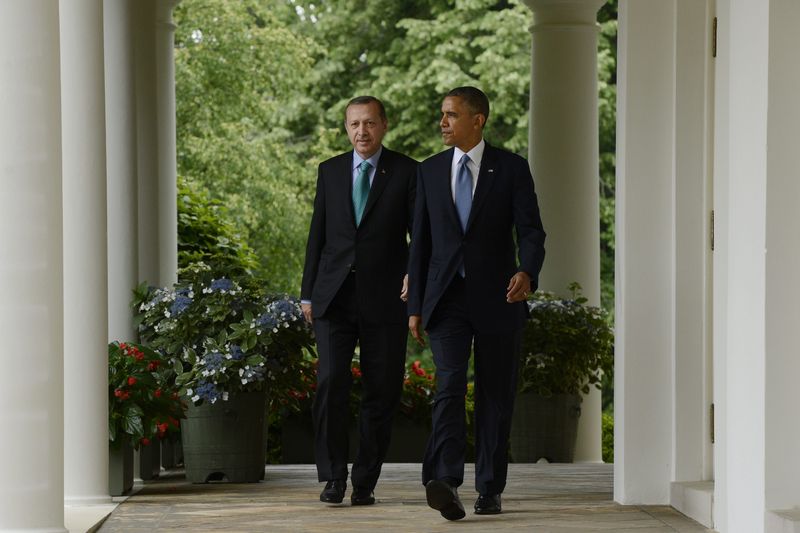 The Turkish leadership condemned Iran’s sectarian strategy that is fueling bloodshed throughout the region, including in Syria and Iraq, and voiced support for Saudi’s military response in Yemen

Following its active involvement in the turmoil in Iraq and the civil war in Syria, Iran has attracted strong criticism from Turkey for its role in the mayhem that took place when Iranian-backed Houthis – a Shiite group in Yemen – tried to topple the elected president. President Recep Tayyip Erdoğan held a telephone call with U.S. President Barack Obama to discuss the escalating crisis in Yemen, the ongoing nuclear talks with Iran and cooperation in the fight against the Islamic State of Iraq and al-Sham (ISIS). Prior to his telephone call with Obama, Erdoğan called Iran's efforts to dominate the Middle East "intolerable" and that its sectarian policies are disturbing the region. He also blamed Iran for supporting Syrian President Bashar Assad, saying that a foreign policy that "sides with the killer of 300,000 people" in Syria is not acceptable. "Iran has to change its view. It has to withdraw any forces whatsoever it has in Yemen, as well as in Syria and Iraq, and respect their territorial integrity," Erdoğan stressed. Erdoğan and Obama discussed the latest developments in Yemen and Ukraine as well as the ongoing negotiations over Iran's nuclear program and the common efforts to bring security and stability to Iraq and Syria.

The two leaders expressed their mutual position on Yemen and their concerns that the Iranian-backed Houthis are creating more chaos in the region with the help of Iran, which is highly criticized by NATO allies, Turkey and the U.S.

During the call, Obama and Erdoğan reviewed the train-and-equip program for members of the moderate Syrian opposition and discussed efforts to deepen cooperation to stem the flow of foreign fighters, as Obama appreciates the positive efforts that Turkey has already made regarding the issue. Obama expressed his appreciation for Turkey's continuing support to nearly 2 million refugees from Iraq and Syria and pledged to continue to work closely on these and other regional issues.

Erdoğan also discussed by phone the military offensive against Houthi militants in Yemen with Saudi King Salman. Erdoğan said the international community was concerned over the events taking place in Yemen, and said that the unity, safety and stability of the country were at risk, presidential sources in Ankara said on Friday. King Salman shared information with the president about the military operation and airstrikes launched by Saudi Arabia and its Arab allies.

In a related development, Foreign Minister Mevlüt Çavuşoğlu has ruled out military support for the Saudi -backed operation to halt Shiite Houthi rebels in Yemen, renewing his statement that Turkey "can give every kind of support, including intelligence, but not military support."

Çavuşoğlu also said Turkey will consult Gulf countries about what kind of support it could offer. In an interview with French network FRANCE 24 on Thursday, Erdoğan said that Ankara may consider providing logistical support to the mission.

"We support Saudi Arabia's intervention," Erdoğan told the channel. "Turkey may consider providing logistical support depending on the evolution of the situation," he said.

U.S. Secretary of State John Kerry expressed support for the strikes in a conference call with Gulf foreign ministers, and said the U.S. had shared intelligence of Houthi targets, according to a State Department official traveling with Kerry in Lausanne, Switzerland.

Iran, which has been claimed to be arming the Houthis, denounced the bombing and noted the result of civilian deaths. "This invasion will have no other result besides an expansion of terrorism and extremism throughout the whole region," Iranian Ministry of Foreign Affairs spokeswoman Marzieh Afkham said in a statement.

The White House voiced concern about "reports of Iranian flow of arms into Yemen", while Riyadh lashed out at Tehran. "The Iranians are the ones who are meddling in the affairs of the Arab countries whether it's in Lebanon, in Syria, in Iraq... in Yemen," the kingdom's ambassador to the United States, Adel al-Jubeir, told Fox News. "We have to deal with Iran's aggression in the region. We're dealing with their support of the Huthis and the Huthis' attempt to take over in Yemen," he added. Iran reacted furiously to the Saudi-led strikes, calling them a violation of Yemen's national sovereignty. "Any military action against an independent country is wrong and will only result in a deepening crisis and more deaths among innocents," Foreign Minister Mohammad Javad Zarif said.

Former Yemeni president Ali Abdullah Saleh, who resigned in 2012 following a year of nationwide protests, is accused of allying with the rebels, relying on the loyalty of many army units that he built during his three-decade rule. The fighting triggered a sharp rise on world oil markets on fears the conflict could threaten supplies, although prices gave back some of their gains on Friday. Riyadh said it was boosting security on its borders and across the oil-flush kingdom.