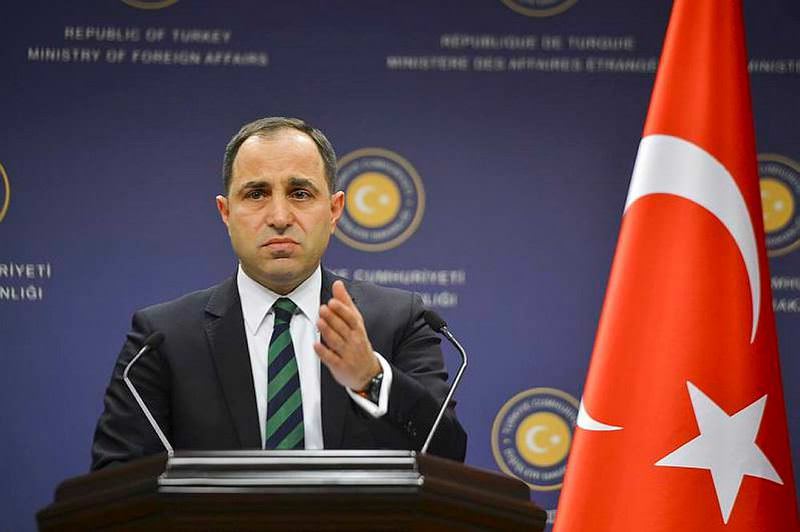 by Merve Aydoğan Apr 09, 2015 12:00 am
While ISIS remains to be a threat to Turkey as well as to the region, Turkey's Foreign Ministry spokesman Tanju Bilgiç have stated during a press conference on Thursday that coalition against ISIS are preparing an action plan to combat and prevent the flow of foreign terrorist fighters. In regards to the meeting held in Turkey on April 7 by the international coalition against ISIS, spokesman Bilgiç said that the working group is establishing a comprehensive action plan against the threat caused by foreign fighters. During the press conference, the spokesman continued his statements by adding that the next meeting for the anti-ISIS coalition group will be held in sometime June.

In regards to the European Parliament to vote on recognizing the Armenian diaspora as genocide, Bilgiç said that Turkey has expressed its opinion in details to the parliament. He continued his remarks by saying that, "Such decision must not be taken by the parliaments, history must be left to historians and we [Turkey] has emphasized that historians must have the final say regarding this issue." Upon a question regarding Palestine's membership to International Criminal Courts (ICC), Bilgiç said, "As Turkey, we believe Palestine must be evaluated in the framework of sovereignty."

In addition, Bilgiç stated that Turkey's Minister of Foreign Affair Mevlüt Çavuşoğlu will be visiting Mongolia on Saturday for the very first time in Turkish history and the Minister is expected to continue his official visit by travelling to Afghanistan on April 14 to discuss Pakistan-Turkey-Afghanistan relations. Çavuşoğlu will continue to his official trip by visiting the United States on April 18-21, in which he will meet with U.S. Secretary of State John Kerry and number of NGOs.
Last Update: Apr 09, 2015 8:05 pm
RELATED TOPICS