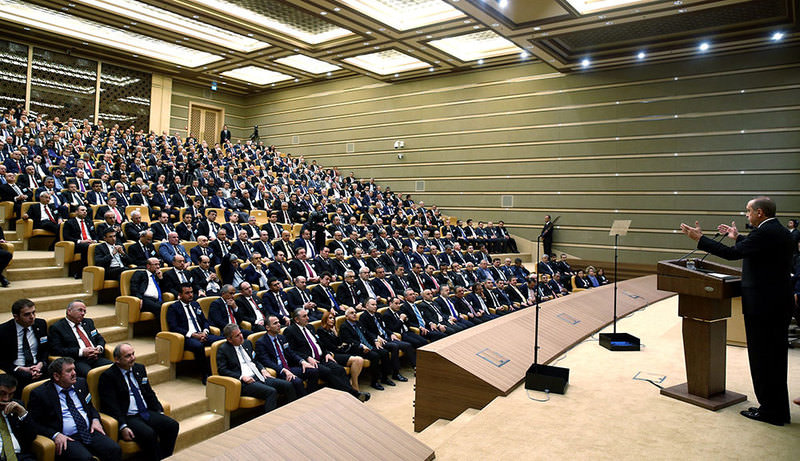 by daily sabah Apr 14, 2015 12:00 am
President Recep Tayyip Erdoğan condemned Pope Francis' remarks on Tuesday in a meeting with Turkish exporters at the Presidential Palace in Ankara.

"I condemn and warn the Pope to avoid making similar mistakes again," Erdoğan said in response to Pope Francis, who referred to the mass forced deportation of Armenians from Anatolia to Syria during World War I as genocide during a special Mass to commemorate Armenian lives lost in the 1915 incidents 100 years ago.

Erdoğan said the pope's demeanor was different on his visit to Turkey in November and called the pontiff a politician. "Note that I don't call him a religious leader, but a politician," he said, drawing attention to Pope Francis's remarks.

"An Italian politician put it very well, saying they will not choose a side in the matter. When Armenians were killed in our country, Ottoman [Turks'] sons were also massacred by both Armenians and other nations. Let's leave this aside for historians to study from the archives. We are ready to open our archives and expect others to do the same. When you attempt to achieve a result that targets Turkey with religious leaders and politicians, but not historians, you will then witness delusion," he said.