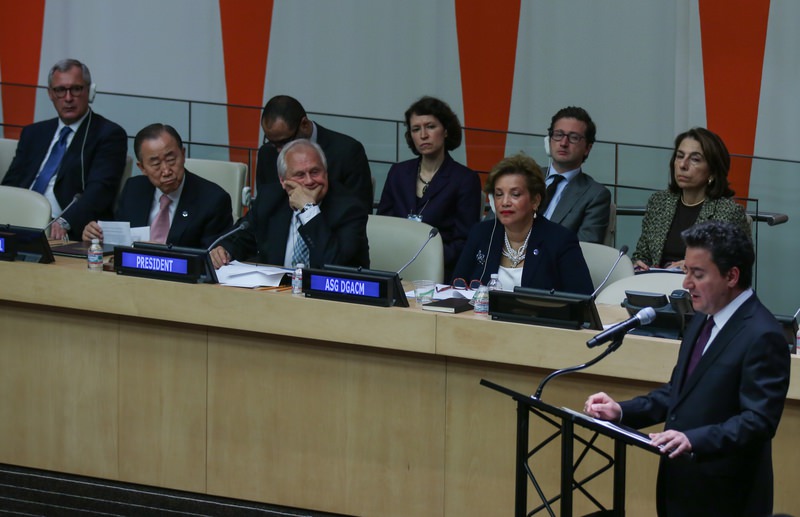 "In today's world, no religion or community is immune to violence and persecution. We are faced with a global phenomena and only through global cooperation can we address this issue," he said during Tuesday's UN General Assembly meeting on promoting tolerance and countering violent extremism.

"Our common struggle against intolerance, discrimination, racism and xenophobia is more relevant than ever," Babacan said.

"However, we must pay utmost sensitivity when describing these phenomena because incorrect conceptualization brings further complications," he added.

Babacan said that terrorism cannot be associated with any religion, nationality, civilization or ethnic group saying, "Any such activity, no matter by whom it is carried out or for what purpose, is a betrayal against the soul and spirit of civilization that we all claim to belong to."

In recent years, terrorist groups such as al-Qaeda, ISIS and Boko Haram have made a global impact and recruited foreign fighters, a development that has also trigger ideas of racism, xenophobia and Islamophobia in different parts of the world.
Last Update: Apr 22, 2015 10:47 am
RELATED TOPICS