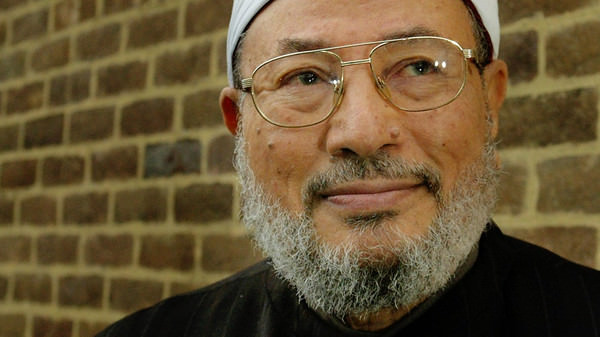 by Daily Sabah with AA Apr 28, 2015 12:00 am
Prominent Muslim scholar Youssef al-Qaradawi has declared support for Turkey against "vicious claims" related to the events of 1915.

"There is an increasingly vicious campaign by some countries to pressure Turkey to take responsibility for the alleged Armenian genocide in 1915," al-Qaradawi, the Qatar-based chief of the International Union for Muslim Scholars, said in a statement on Monday.

"Attempts to distort history by exaggerating the number of Armenians killed in the 1915 incidents while downplaying the Ottoman fatalities will not bring Turkey's supporters to succumb to these campaigns," he said.

"History has not forgotten the victims of the Crusades, in which European armies committed the most brutal killings in Jerusalem and the Levant."

The 1915 events took place during World War I when a portion of the Armenian population living in the Ottoman Empire took sides with the invading Russians and staged revolts.

The relocation by the Ottomans of Armenians in eastern Anatolia following the revolts resulted in numerous casualties.

Turkey does not dispute that there were casualties on both sides, but rejects the definition of "genocide."
Last Update: Apr 28, 2015 10:31 am
RELATED TOPICS