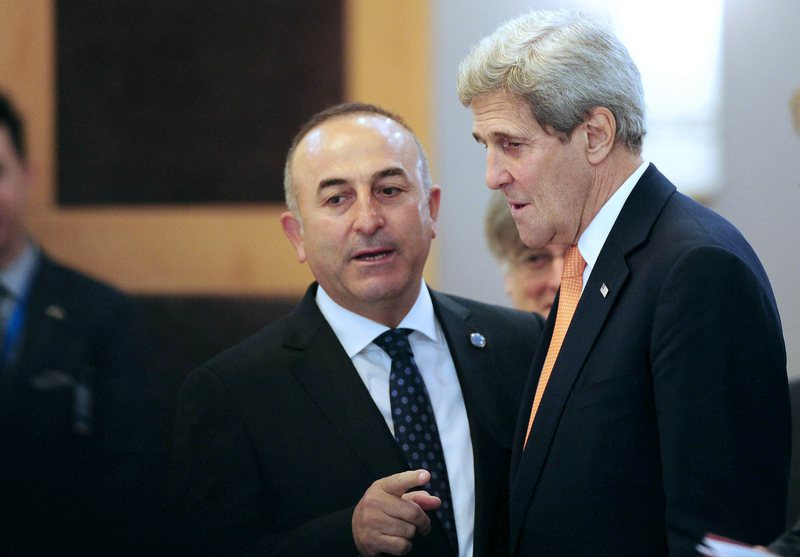 by daily sabah
Jun 26, 2015 12:00 am
Turkish Foreign Minister Mevlüt Çavuşoğlu and U.S. Secretary of State John Kerry have discussed the Islamic State of Islamic State of Iraq and al-Sham (ISIS) attack on the Syrian town of Kobani and the recent Kurdish advance in Tal Abyad in a telephone call, Turkish foreign ministry said on Friday.

According to a statement released by the ministry, Çavuşoğlu voiced Turkey's concern over the displacement of Turkmens and Arabs in Syria as the PYD and PKK forces are being placed in the territories evacuated by ISIS.

On Thursday, ISIS militants entered Kobani by passing through the northern Syrian town of Jarablous with uniforms resembling those of Kurdish forces, killing 146 civilians so far and taking some 50 people hostage to use them as human shields in their fight against Kurdish fighters.

Some 200 wounded Syrian Kurds were brought to hospitals on the Turkish side of the border for treatment. Some of the heavily wounded people died shortly after being brought to Turkish hospitals.