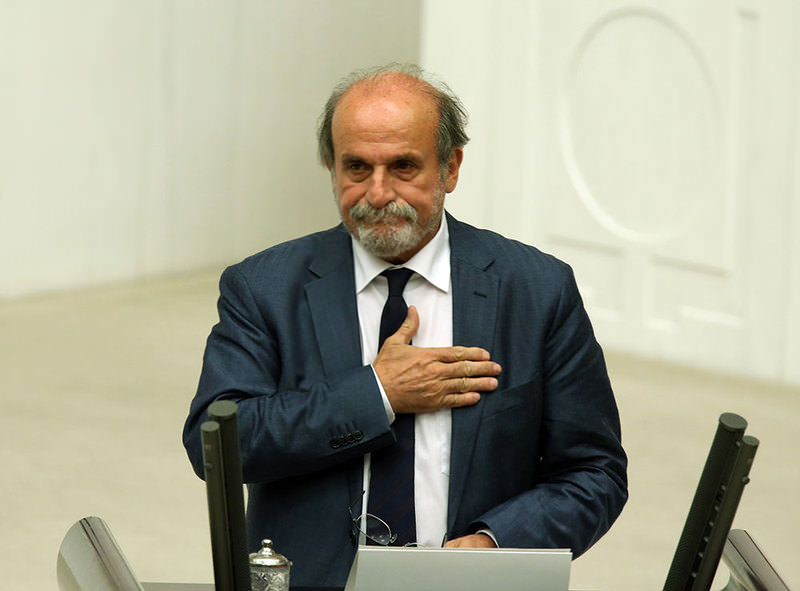 by Daily Sabah with AA
Jun 29, 2015 12:00 am
Ertuğrul Kürkçü, deputy of the pro-Kurdish Peoples' Democratic Party (HDP) of the western province of Izmir, said Monday in a press conference held in Ankara that Turkey should either undertake or provide a zero interest loan for Greece's 1.6 billion euro debt to the IMF due on June 30.

"Turkey can undertake 1.6 billion euro debt that Greece needs to pay. It is the biggest help that Turkey can do for its neighbor when times are tough. In exchange, it will earn the friendship of Greek people; turn the Aegean Sea into a sea of peace," Kürkçü said in a press conference held in Turkey's Parliament.

"Turkey's humanitarian help in 2013 was $1.9 billion. Turkey's resources are sufficient enough to make this aid to Greece. This support can also be offered to Greece as zero interest loan," he further stated.

Kürkçü stated that Germany, the European Central Bank (ECB) and International Monetary Fund (IMF) pressures the Syriza government to protect the interests of money, not Greece itself. Kürkçü added that this approach is against the principles of the European Union.

Answering to a reporter's question whether this demand was voiced by the Syriza government in his recent visit to Athens, Kürkçü said Syriza did not ask for anything.

"HDP and Syriza are two parties with common goals. It is our duty to accomplish this without having them ask for anything," Kürkçü said.

HDP, an alliance of Turkey's pro-Kurdish political movement with some of the country's left-wing, green and socialist movements, is often compared to left-wing movements gaining momentum in southern Europe, like Greece's Syriza and Spain's Podemos.

During their June 7 parliamentary election campaign, HDP officials had invited then newly-elected Syriza officials to their Izmir rally. Yiannis Bournous, Syriza's Member of the Political Secretariat and Head Responsible for International Relations, attended the meeting held on May 23, in which he delivered a short speech.