US Under Secretary of Defense Christine Wormuth to visit Ankara 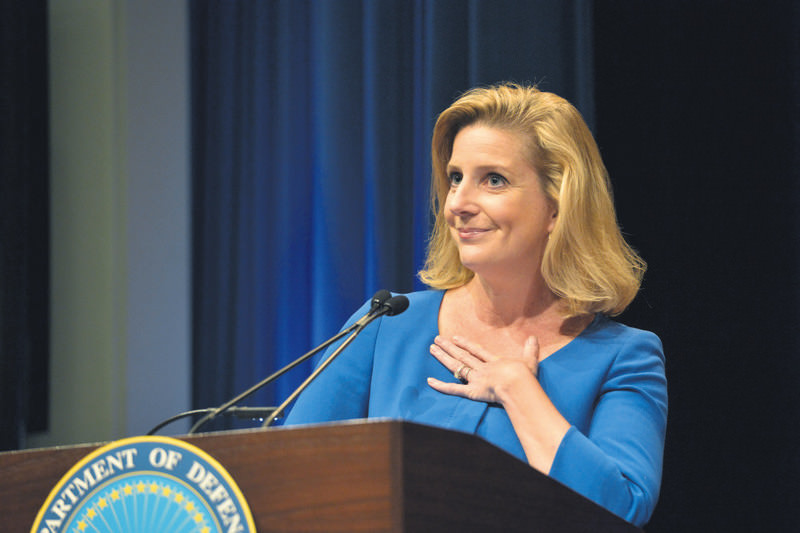 by Daily Sabah Jul 06, 2015 12:00 am
While the Turkish Armed Forces (TSK) is bolstering its presence on the Syria border against threats posed by Islamic State of Iraq and al-Sham (ISIS) militants and an increasing risk of new waves of refugees, diplomatic sources reported that U.S. Under Secretary of Defense for Policy (USDP) Christine Wormuth along with a number of U.S. officials are expected to pay a critical visit to Ankara.

Wormuth was assigned to this position in June 2014 and since then has been one of the key figures regarding U.S policies in Syria and Iraq. Last November she paid a visit to Ankara and met with Foreign Ministry of Affairs Undersecretary Feridun Sinirlioğlu. Wormuth and Sinirlioğlu discussed regional developments, particularly regarding Syria and Iraq, and international cooperation issues were discussed. Reportedly, they also discussed the use of the İncirlik Air Base in Adana province for military strikes against ISIS by coalition forces. The İncirlik Air Base has been subject to intense negotiations between Ankara and Washington for a long time, but an agreement is yet to be reached. Hence, negations for the deployment of U.S. warplanes to İncirlik as part of efforts to degrade and destroy ISIS in Syria and Iraq are expected to be discussed by Wormuth and Turkish officials. Sources from the U.S. Embassy in Ankara said Wormuth and her delegation will visit Turkey and meet with Turkish political and security officials as part of the ongoing cooperation between the U.S. and Turkey in order to defeat ISIS.