EU minister confirms deal with US, calls on West to fix mistakes on terror 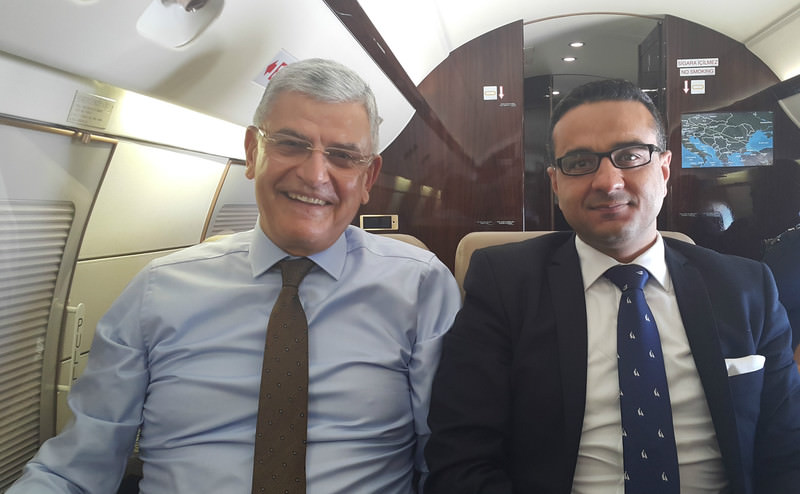 by Ali Ünal Jul 23, 2015 12:00 am
Turkey's EU minister and chief negotiator, Volkan Bozkır, said that the agreement that allows U.S. aircrafts the use of İncirlik Air Base can be regarded as the next step of the train-and-equip program. Speaking to Daily Sabah on his way to Luxembourg for an EU Ministers Meeting, Minister Bozkır confirmed that according to the agreement, which is yet to be ratified by the Cabinet, the U.S. will be able to use İncirlik Air Base and underlined that there will be further cooperation between Turkey and the U.S. against ISIS.

Stating that the U.S. will be able use İncirlik Air Base according to the agreement, the minister said, "According to the agreement in which the U.S. and Turkey acknowledged the need for an advanced cooperation against ISIS [the Islamic State of Iraq and al-Sham], the U.S. will be able to use İncirlik Air Base, if necessary. It is important to clarify that the usage of Turkish aircrafts by the U.S. is not possible. To establish a no-fly zone, this base will be available for the U.S.'s usage. As you know, a resolution regarding this issue had previously passed in Parliament and the criteria were determined. The agreement with the U.S. moves this resolution to a new level in the legal sense."

Giving information about the EU Ministers Meeting that he will participate in today in Luxembourg, Minister Bozkır indicated that, in the meeting, he will share his perspective on the recent terror incidents in Turkey and further underlined that the Western world must fix its mistakes on its stance against terrorism.

"The Western community must fix its one mistake, that is: terror is terror and a terrorist is a terrorist. The reason for us being in this situation today is due to separating terrorists by stating some are good, some are bad, or some are less bad. In combatting terrorism, it is a must not to separate the meaning of terrorist and we must combat terrorism in one single form. Additionally, causes of terrorism must be well determined and necessary measures must be taken," added Bozkır.Minister Bozkır also stressed that perceiving the EU as a "Christian union" will cause an increase in terror. "We are telling the European countries two things: firstly, not to differentiate meanings in fighting terror, and secondly, to diminish the causes of terror. So perceiving the EU as a Christian union will only cause further enhancement of terror. Combatting terrorism must be done together with combatting racism. Racism is as bad as terrorism. However, those two coming together causes even worse results. People's living conditions must be improved and they must not be left as outsiders and must be included in society as part of a battle against racism and radicalism, as well as anti-Islamic stances," stated Bozkır.
Last Update: Jul 24, 2015 1:16 am
RELATED TOPICS