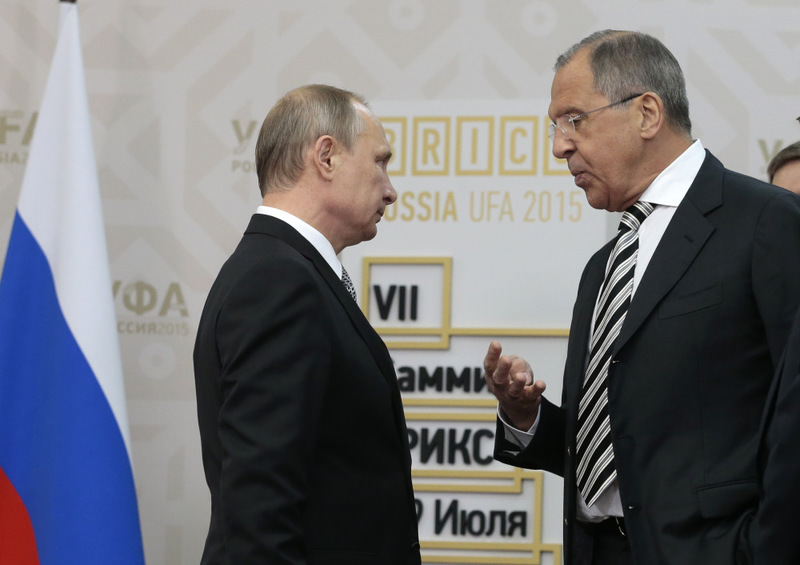 FM Sinirlioğlu is scheduled to pay a visit to Russia next week, during which he will reportedly discuss Moscow's moves to strenghten its presence in Syria. Ankara interprets Russia's recent movements near the Syrian city of Latakia as Moscow's plans to establish a forward air operating base there

Interim Foreign Minister Feridun Sinirlioğlu will visit Russia from Sept. 16-17 shortly after his visit to Azerbaijan on Sept. 16. He will reportedly discuss Ankara's concerns over Moscow's alleged plan to create a military base in Latakia, Syria to further strengthen its support to for Syrian President Bashar Assad.

Prior to the critical visit to Russia, Sinirlioğlu will perform a highly significant official visit to Azerbaijan to discuss regional issues and bilateral relations and also, most importantly, the ongoing discussion on the Trans-Anatolian Natural Gas Pipeline (TANAP) project as well as issues related to energy partnership between the two countries.

Sinirlioğlu will discuss the recent developments regarding the Turkish Stream project with Lavrov during the confirmed official visit in Sochi. The visit is critical as the deputy CEO of Russian state-run energy giant Gazprom, Alexander Medvedev, recently made important statements that "Gazprom has de facto halted the start of the Turkish Stream gas pipeline project due to the political crisis in Turkey." In early September, the Russian Energy Ministry reportedly announced that an intergovernmental deal on the pipeline will be signed after a new Turkish government is established following the Nov. 1 early elections. Additionally to the matter of the Turkish Stream, the two ministers will discuss regional matters, especially Russia's increasing military support for the Assad regime.

The Foreign Ministry, which stressed its disapproval of any support to the regime, said: "Turkey strongly believes any support for the sanguinary regime will only cause further human casualties." Bilgiç underlined that the developments in Syria as well as Russia's establishment of a military base will top the agenda for Sinirlioğlu's official visit on which he is also expected to express Ankara's worry regarding Russia's actions.As the Russian government has often explicitly expressed its support for Assad, Russian President Vladimir Putin on Tuesday strongly defended Russia's military aid to the regime. At a security alliance meeting on Tuesday Putin said: "We are supporting the government of Syria in the fight against a terrorist aggression, and are offering and will continue to offer it necessary military-technical assistance." The Syrian Observatory for Human Rights said that Russian military planes carrying military equipment and hundreds of experts, as well as technicians, had arrived at the Hamim air base near the coastal city of Latakia. The Pentagon has also expressed worries about media reports that Russia might be sending servicemen to Syria as part of a military buildup to support Assad.

Foreign Ministry's spokesman Bilgiç further provided information on the recently abducted 18 Turkish workers in Iraq, and stated that all necessary actions are being taken in efforts to bring them safely back to Turkey. Bilgiç stated that Turkey is closely in contact with Iraqi officials on the matter. He had also condemned the recent intrusions of the Israeli police into Al-Aqsa Mosque, on behalf of the Turkey's Ministry of Foreign Affairs. Regarding the recently escalating refugee crisis throughout Europe and on the coasts of Turkey, Bilgiç drew attention to the need of fair burden-sharing in the issue of illegal migration and migrants.
RELATED TOPICS