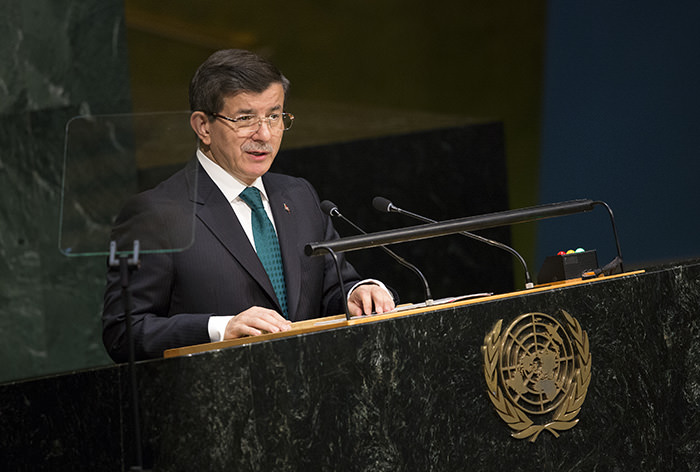 Davutoğlu singled out Syria as an example of a humanitarian tragedy caused by a lack of security and stability in the Middle East, resulting in Europe's largest refugee crises since World War II.

The civil war in Syria has claimed more than 250,000 lives since 2011 and created a security vacuum that has paved the way for extremist groups such as ISIS to gain a foothold in the region.

The UN refugee agency says 95 percent of the latest million Syrian refugees have gone to Turkey, which now hosts more refugees than any other country in the world.

Davutoğlu said Turkey had spent almost $8 million on the refugees it hosts with very little contribution from the international community.

"We cannot reach our sustainable development goals without first addressing complex humanitarian emergencies," he said. "That is why a stronger emphasis on humanitarian development is strongly needed," prime minister added.

"That is why Turkish humanitarian diplomacy combines humanitarian and development assistance programs within a collective strategy, particularly towards countries in sub-Saharan Africa."

Turkey is to hold the World Humanitarian Summit in May next year that will seek to find new ways to tackle the world's humanitarian needs.