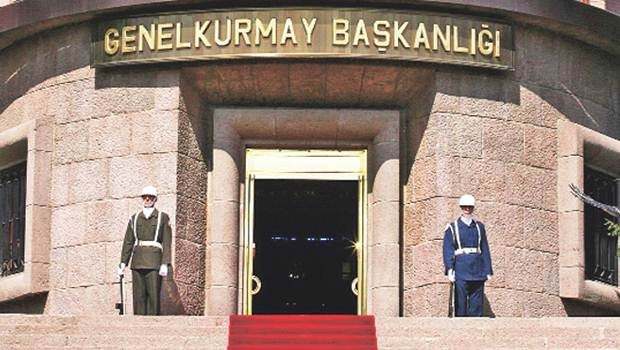 | DHA Photo
by Compiled from Wire Services Oct 15, 2015 12:00 am
A high-level delegation from the Russian air force informed the Turkish military about air space violations that took place on October 3 and 4 at a meeting in Ankara on Thursday, Turkish Armed Forces said in a statement.

The military statement said the delegation, led by the Russian Air Force Major General Sergey Dronov, "shared information" with the Presidency of Turkish General Staff on Thursday on the reasons of the two intrusions that happened earlier this month. The statement further said, measures that Russia was taking to avoid further incidents, were also discussed during the meeting.


On the same day, Turkish Deputy Foreign Minister Ali Kemal Aydin was quoted saying that Russian and Turkish planes had 13 dangerous encounters between Oct. 3 and Oct. 10, as reported by Russian news agency.

He added that the encounters had happened close to the border with Syria.

The violations had drawn strong reaction from Turkey and its NATO allies.

Russia began flying combat missions over Syria on Sept. 30 following an escalation in its military support for President Bashar al-Assad's regime. Despite claiming to be targeting ISIS, Turkey and its allies in the U.S.-led anti-terror coalition have complained of Russian airstrikes on "moderate" forces fighting Assad.