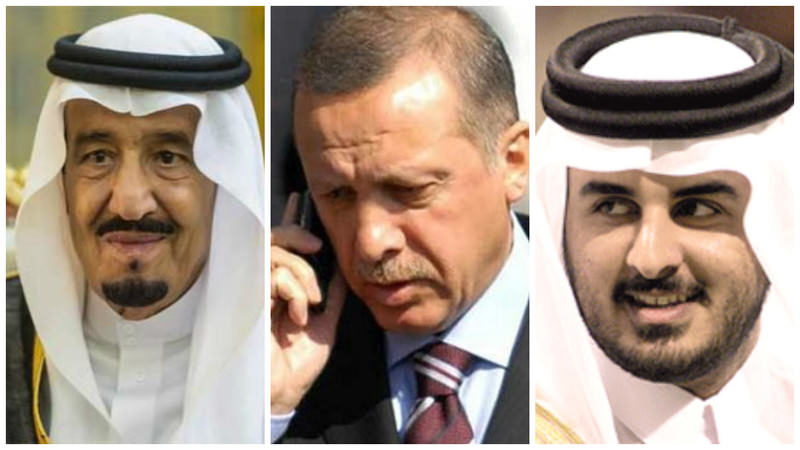 According to presidential sources, each phone call lasted an hour, as Erdoğan conveyed his concerns over the ongoing attacks on Aleppo, Syria, and a possible refugee influx to Turkey if the city falls to the regime. Qatari Foreign Minister Khalid bin Mohammad al-Attiya recently said that while Qatar preferred a political solution for Syria, it would nevertheless do whatever it could in coordination with its allies Saudi Arabia and Turkey to save the country from division, including possible a "military intervention."

Turkey and Qatar have shared the same perspective since the beginning of the crisis in the war-torn country.

Despite several rifts witnessed in Turkish-Saudi relations due to the latter's support for the coup led by then general and current Egyptian President Abdul-Fattah el-Sissi in 2013, following Saudi King Abdullah's death on Jan. 23, Salman as the new king, has developed a considerable rapprochement, especially in Syria and Yemen.

At least 250,000 people have been killed since the beginning of the Syrian conflict in 2011, with 7.6 million internally displaced and more than 4 million having fled to nearby countries.
Last Update: Oct 23, 2015 6:01 pm
RELATED TOPICS