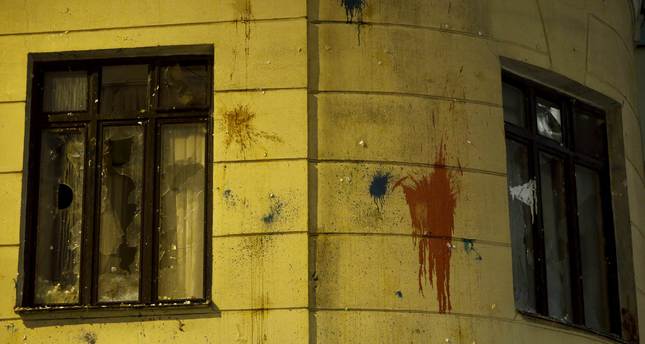 The windows of the Turkish embassy broken by protesters in reaction after a Russian war plane was shot down by Turkey, are pictured in Moscow, Russia November 25, 2015. (REUTERS Photo)

Turkey summoned Russia's ambassador to Ankara to the Turkish Foreign Ministry on Thursday over the recent attacks on Turkish premises in Russia after Turkey downed a Russian jet on Nov. 24.

A ministry statement said Ambassador Andrey Karlov was told that Turkey finds the current attacks on the Turkish embassy in Moscow and Turkish companies unacceptable.

Turkish officials reminded that Russia has the responsibility under international law to guarantee the safety of foreign missions and requested Karlov to contact Russian officials to take the necessary steps.

President Erdoğan also made comments on the France 24 TV channel on Thursday regarding the downed Russian jet. The president said that he had called Putin on the day of the incident, but the Russian president had not answered his call.

He also said "Turkey would have acted differently if it had known the downed jet was Russian."