Turkey would act differently if it knew the jet was Russian: President Erdoğan 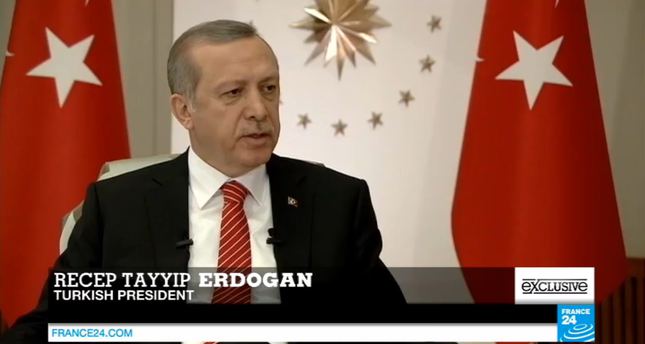 President Recep Tayyip Erdoğan gave an interview to France 24 TV channel on Thursday regarding the Russian jet downed near the Turkish-Syrian border on November 24. In the interview, Erdoğan said "Turkey would have acted differently if it had known the downed jet was Russian."

The president also said that he had called Putin on the day of the incident, but the Russian president had not answered his call.

"Turkey's strategic partnership with Russia needs solidarity, not threats," Erdoğan said in another interview that he gave to CNN on the same day, criticizing Russia's attitude about dismissing joint projects and added that such attitudes do not suit politicians.

Two Turkish F-16 fighter jets on an aerial patrol intercepted a Russian warplane within rules of engagement when it violated Turkish airspace near the Syrian border on Nov. 24.