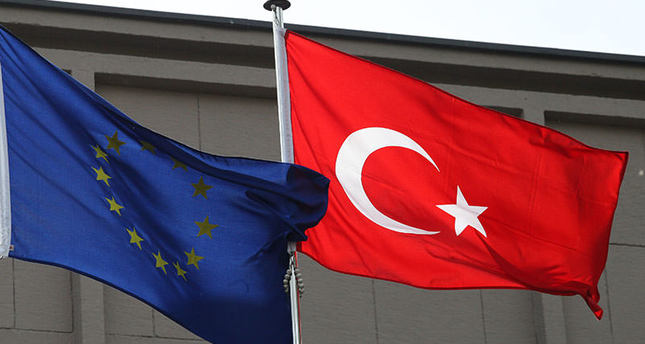 In an effort to find an effective solution to the most overwhelming refugee crisis since World War II, on Sunday the European Union organized an extraordinary summit with Turkey after a long time, asking for Ankara's help on the issue in exchange for financial aid and several concessions.

According to some sources reported throughout the day, the EU is expected to provide 3 billion euros to Turkey, 500 million of which will come from the EU's budget. The rest is reportedly to be provided jointly by the member states. However, one thing is not clear among all sides. The EU insists that the funding be provided over two years while Turkey is firmly requesting a different timetable of one year.

In addition to the financial aid, Turkey wants to see several chapters opened. Chapter 15, 17, 23, 24, 26 and 31 are expected to be opened by the EU. On the issue, the Greek-Cypriot side seems to be the only obstacle, which should be dealt with in order to make progress.

Apart from all these, Ankara pays special attention to visa-liberalization for Turkish citizens definitively in 2016. Even though sources previously stated that Turkish citizens will be able to travel visa-free as early as June 2016, recent reports predict this will be delayed until October 2016, at the earliest.

Facing a huge influx of refugees, the EU seeks a variety of solutions to the problem, including increasing cooperative efforts with Turkey. The 28-bloc union must quickly address the refuge crisis to prevent its visa-free travel dream from collapsing as the Schengen zone has come under intense criticism recently. EU Council President, Donald Tusk, argued that saving the system "is a race against time" and added: "Without effective control of our external borders, Schengen will not survive. We must hurry, but without panic."

European media outlets also question whether the EU will disband as member states and start to adopt more conservative policies. According to a piece published in the Financial Times, Dutch Prime Minister Mark Rutte spoke of the possible collapse of the EU as well.

"As we all know from the Roman Empire, big empires go down if the borders are not well-protected," he said in an interview with a group of international newspapers.

Considered the most influential political figure in the EU, German Chancellor Angela Merkel paid a sudden visit to İstanbul in October to hold meetings with President Recep Tayyip Erdoğan and Prime Minister Ahmet Davutoğlu. In both meetings, the urgent need for a solution to the unprecedented crisis was stressed.

While Merkel asked for more collaboration and improved border control from Ankara to ease the number of refugees trying to reach Europe, Prime Minister Davutoğlu and President Erdoğan urged the EU to provide fair sharing of the refugee burden and some concessions such as visa-liberalization and the opening of several EU chapters for Turkey.

Shortly after the meetings, snap elections ushered in a single-party government in Ankara. The EU was hoping to see a strong single-party government in Turkey, putting all of its plans on hold with Ankara until after the Nov. 1 elections. With the Justice and Development Party (AK Party) sweeping back into power in a landslide victory on Nov. 1, the EU sought to convene a refugee summit with Ankara as soon as possible.

It now remains to be seen if the EU will be able to seal the deal with Turkey to save itself from collapsing.

Share on Facebook Share on Twitter
Previous in Diplomacy Following downing of a Russian warplane by Turkish jets on Nov. 24,... Next in Diplomacy President Recep Tayyip Erdoğan will visit Paris on Monday to attend...
DAILY SABAH RECOMMENDS