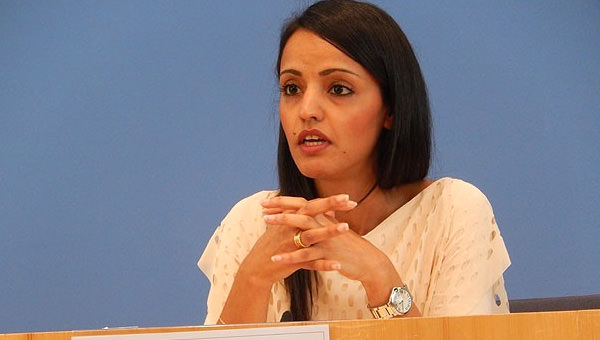 by Daily Sabah with AA Dec 01, 2015 12:00 am
The German government has claimed that the Assad regime buys oil from the Daesh terrorist organization, which Damascus had previously designated as its 'enemy'.

German Foreign Ministry deputy spokeswoman Sawsan Chebli told a news conference in Berlin on Tuesday that there was evidence of oil transactions between the Assad regime and Daesh.

When asked about Russian President Vladimir Putin's claim that Turkey was buying oil from Daesh, Chebli said that German authorities have no information supporting these particular claims.

"But what we know for example is that the Assad regime has received large amounts of oil from ISIL. We have evidence; we have indications showing that this is the case," she added, using an alternative acronym for Daesh.

"We do not see such accusations without any evidence as helpful. We believe that the international community should focus strengthening the fight against ISIL, and refrain from everything that can strengthen ISIL," he stressed.

Following the downing of a Russian warplane that violated Turkey's airspace near the Syrian border on Nov. 24, Russia announced sanctions against Turkey and President Vladimir Putin has baselessly accused the Turkish government of purchasing oil from Daesh.

Turkish President Recep Tayyip Erdoğan has challenged Putin and said he will step down if Russian claims that Turkey buys oil from Daesh are proved. He called on Putin to do the same if they are not.
Last Update: Dec 01, 2015 11:53 pm
RELATED TOPICS