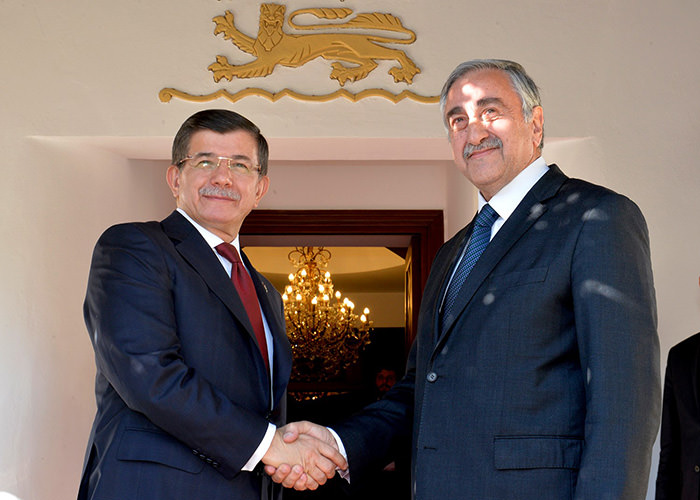 "We are ready to make all kinds of contributions for a permanent, fair and peaceful solution," Davutoğlu said and added, "The Turkish Republic is one of the primary components of the solution in Cyprus with other guarantor countries and will not abstain from taking necessary steps for a final solution."

He stated that if Turkish Cypriots and Greek Cypriots can come together and reach a solution, it will change the fate of the Eastern Mediterranean and turn it into an area of prosperity.

"Turkey's close interest and support will be with us during the upcoming negotiation process," Akıncı said.

He also added that a solution in Cyprus will improve the relations between Turkey and the EU and rid the Eastern Mediterranean of possible tensions.

Akıncı, whose election in April seems to have given a boost in peace talks, said the island's two communities would establish a joint education committee to bridge both sides and create a "peace culture".

Further talks will be held on Dec. 4, a day after the U.S. Secretary of State John Kerry is due to arrive to encourage the UN-facilitated talks. British Foreign Secretary Philip Hammond recently held talks with both leaders and said the "stars are beginning to align" for a solution in Cyprus.

In September, Akıncı said he wanted to see Cyprus adopt a federal structure of two zones.

The island was divided after a 1974 military coup in Greece led to Turkey's intervention. Northern Cyprus declared its independence in 1983.
Last Update: Dec 01, 2015 11:38 pm
RELATED TOPICS