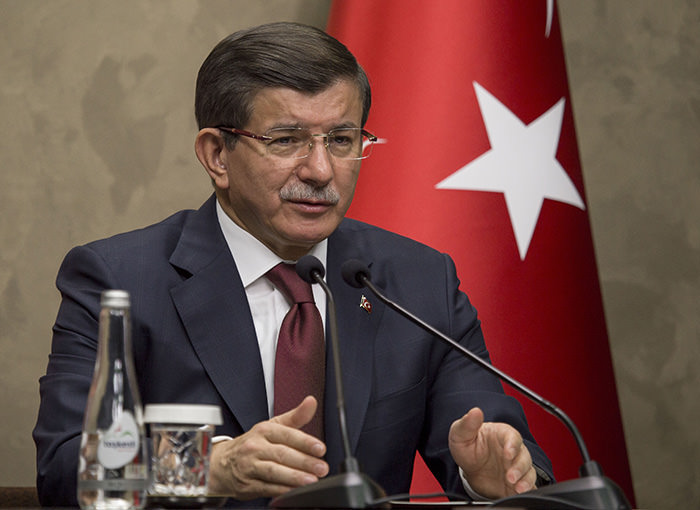 |AA Photo
by Daily Sabah with AA Dec 02, 2015 12:00 am
Prime Minister Ahmet Davutoğlu said on Tuesday that the government will take measures which will minimize the negative effects of the strained relation with Russia due to the downed warplane on Nov. 24.

"If there will be harm in export and import balances or Turkey's investments in Russia or the energy field, the harm will be a mutual one," said Davutoğlu in a live televised interview on Turkey's HaberTürk television channel.

Regarding the possibility of Russia cutting natural gas supply to Turkey, Davutoğlu said: "I don't think Russia would resort to that because there are serious, mutual engagements, mutual rights and commitments that come from international law."

"Yet, we have to be prepared for the worst possibility," he added.

Concerning Moscow's ban on Turkish imports of vegetables and fruits, Davutoğlu said there was no shortage of markets in the world for Turkey to deal with.

"If Turkish airspace had not been violated, such a crisis would not have occurred," he said.

"If the plane had not been stopped and had attacked one of our cities, everybody would be asking: 'Why did the Turkish Armed Forces not perform their duty? Where was the government?'" Davutoğlu said.

"Is there a Daesh militant in the Bayırbucak region which is bombarded by Russians? No. So is there a possibility of Daesh oil being there? No. Is there a document suggesting that Turkey buys oil from Daesh? No."

Concerning the aborted meeting between Russian Foreign Minister Sergey Lavrov and Turkish Republic of Northern Cyprus (TRNC) Mustafa Akıncı meeting, Davutoğlu said: "It is not true that Lavrov rejected [meeting with TRNC president] because of Turkey-Russia relations. What happened is Akıncı rejected meeting with Lavrov because he demanded to meet in the buffer zone."

Since the downing of a Russian warplane that violated Turkey's airspace near the Syrian border on Nov. 24, Russia has announced a range of sanctions against Turkey.

Among the sanctions imposed by Moscow is the end of visa-free travel and a ban on Turkish food products. Russia has also called on its nationals to boycott Turkey as a tourist destination.
RELATED TOPICS