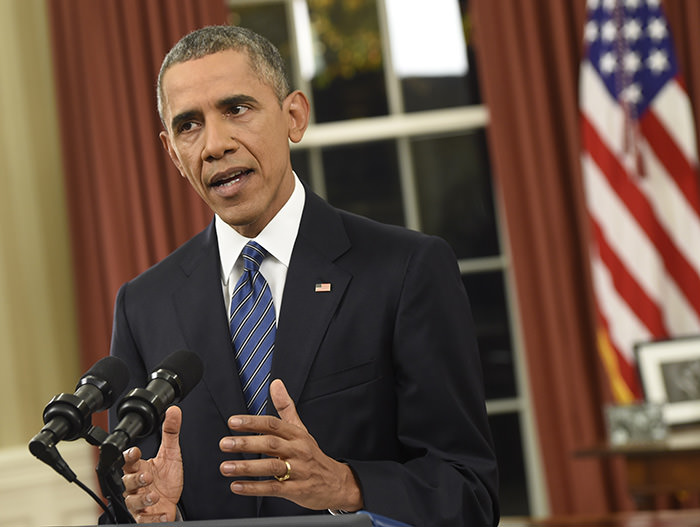 by Daily Sabah Dec 07, 2015 12:00 am
United States President Barack Obama said on Sunday that the border between Turkey and Syria will be sealed during a speech to the nation where he addressed the issues of national security and terrorism after last week's mass shooting in California.

Obama addressed the nation from the Oval Office at the White House in Washington where she spoke on threat of Daesh terrorist group and the national and international strategic measures which will be taken by his administration against the group.

Speaking on counter-terrorism steps taken by the administration, Obama said "We're working with friends and allies to stop ISIL's [Daesh] operations - to disrupt plots, cut off their financing, and prevent them from recruiting more fighters. Since the attacks in Paris, we've surged intelligence - sharing with our European allies."

"We're working with Turkey to seal its border with Syria. And we are cooperating with Muslim-majority countries - and with our Muslim communities here at home - to counter the vicious ideology that ISIL [Daesh] promotes online," the President said.

"We should not be drawn once more into a long and costly ground war in Iraq or Syria," the U.S. president said.
Last Update: Dec 07, 2015 9:20 am
RELATED TOPICS