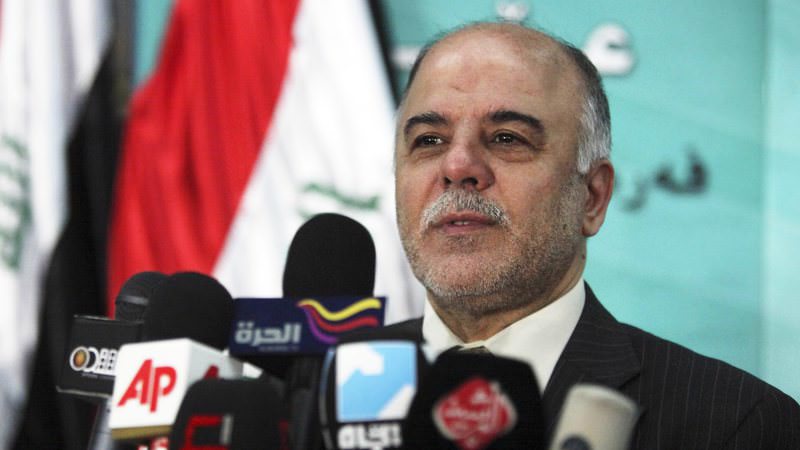 by Daily Sabah Dec 08, 2015 12:00 am
Iraqi Prime Minister Haider al-Abadi asked NATO on Tuesday to 'use its authority' to urge Turkey to withdraw its troops immediately from north, Reuters reported.

During AK Party's parliamentary group meeting on Tuesday, Prime Minister Ahmet Davutoğlu said that the Turkish troops were in Iraq to protect against a possible attack from Daesh and that those who interpreted their presence differently were involved in "deliberate provocation". He said more than 2,000 people had received training at the Bashiqa camp upon the request of Mosul governor.

On Friday, 150 Turkish soldiers equipped with heavy weapons arrived on the outskirts of the Daesh-held Mosul province in Northern Iraq, while Baghdad demanded the withdrawal of soldiers. Iraq on Sunday, gave Turkey a 48 hour ultimatum to withdraw the forces or face "all available options."

According to the statement released by the Prime Ministry on Sunday, Davutoğlu informed Al-Abadi about the military training program currently in progress in Bashiqa, duties and activities of Turkish soldiers and current developments about the matter.