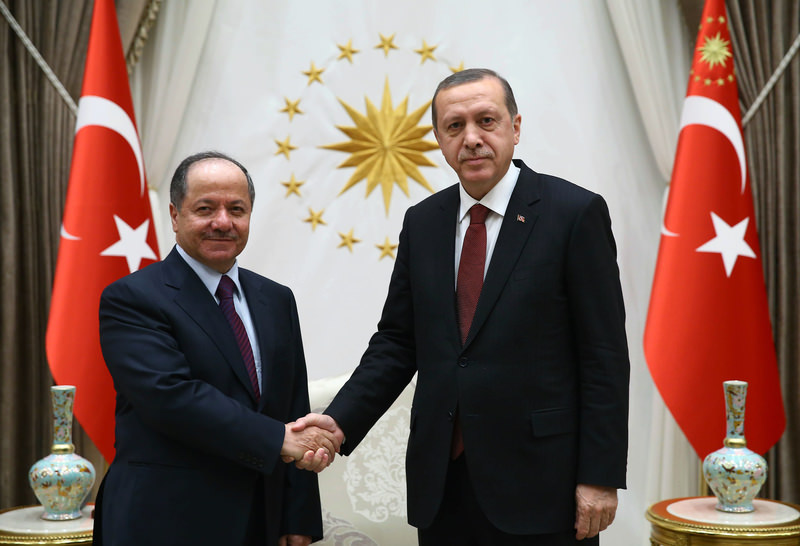 According to presidential sources, the meeting which lasted an hour and ten minutes was mainly focused on the cooperation on combatting terrorism in the region.

Erdoğan underscored Turkey's determination in fighting against both Daesh and the PKK terror organizations and the country's cooperation with the international U.S.-led coalition against Daesh.

Both leaders elaborated on creating an environment in the region where Kurds, Turkmens and Arabs could peacefully live while pointing out the importance of easing sectarian tensions.

Barzani's official visit, which will end Thursday, is significant for both sides as its a display ofmutual support in economic relations as well as coordination in the fight against Daesh.
Last Update: Dec 10, 2015 1:30 am
RELATED TOPICS