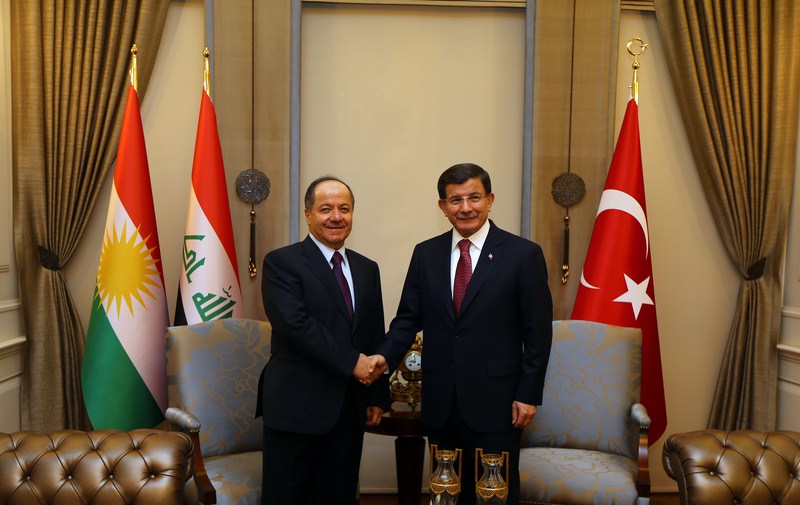 by Daily Sabah Dec 09, 2015 12:00 am
After a meeting with President Recep Tayyip Erdoğan in the Presidential Palace in Ankara, the President of the Kurdistan Regional Government Masoud Barzani also met with Prime Minister Ahmet Davutoğlu late Wednesday. After the meeting, the Turkish premier said in a statement that the Undersecretary of the Ministry of Foreign Affairs, Feridun Sinirlioğlu and the National Intelligence Organization (MIT) chief Hakan Fidan will pay an official visit to Baghdad on Thursday.

According to official sources, the meetings were mainly focused on the cooperation on combatting terrorism in the region.

Both parties elaborated on creating an environment in the region where Kurds, Turkmens and Arabs could peacefully live while pointing out the importance of easing sectarian tensions.

Barzani's official visit, which will end Thursday, is significant for both sides as its a display ofmutual support in economic relations as well as coordination in the fight against Daesh.
Last Update: Dec 10, 2015 12:02 am
RELATED TOPICS