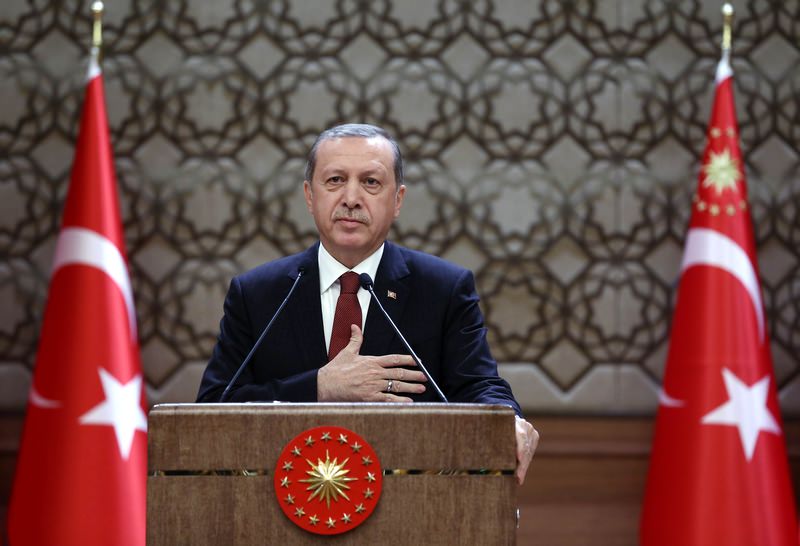 by Daily Sabah Dec 11, 2015 12:00 am
President Recep Tayyip Erdoğan said on Friday that formal complaint lodged by Iraqi government at the United Nations Security Council (UNSC) over the presence of Turkish troops in the north of the country was not an honest step.

"They can resort to the U.N. Security Council, that is their natural right, but this is not an honest step," Erdoğan said in an interview with Al Jazeera. Baghdad wants the Security Council to order Turkey to withdraw its troops from a camp near the Daesh-held city of Mosul.

Earlier on Friday, Erdoğan said Turkey will not withdraw troops from a camp close to the Daesh-controlled city of Mosul despite strong objections from Baghdad. "The deployed soldiers are not combat troops, but have been sent to protect soldiers providing training to Iraqi and Kurdish forces, Erdoğan told reporters at a news conference before his departure for Turkmenistan. Turkey is "determined" to continue the training, he added.