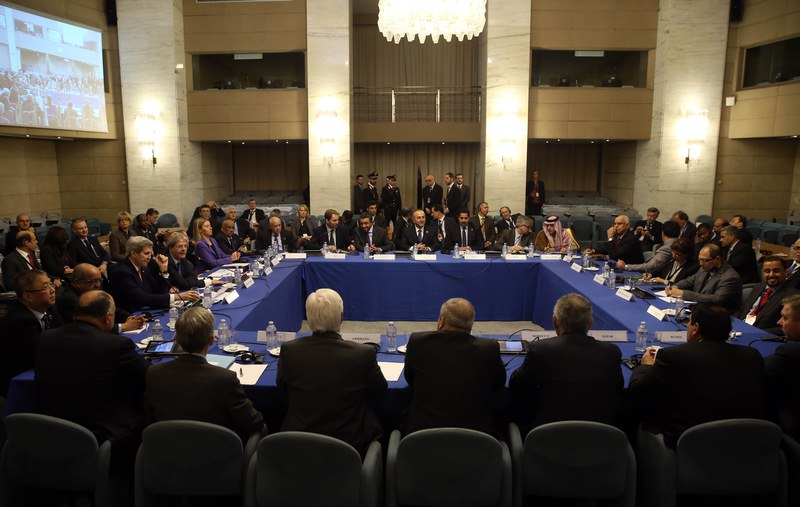 | AA Photo
by Anadolu Agency Dec 14, 2015 12:00 am
Turkey is in favor of an inclusive political solution in Libya, Foreign Minister Mevlüt Çavuşoğlu said in Rome on Sunday.

His remarks came at an international conference in the Italian capital, which was attended by ministers of 17 countries as well as representatives from the United Nations, European Union, the Arab League and the African Union.

"The current situation in Libya is not sustainable. Turkey supports an inclusive political solution which would bring stability to Libya and the region," Çavuşoğlu said.

He pointed out that the territorial integrity of Libya should be protected and added that there was no other way but a political solution to ease the current situation in the country.

Çavuşoğlu suggested that a countrywide cease-fire should be declared as soon as possible.

The conference in Italy came before an expected peace agreement on Dec. 16 between Libya's divided political factions.

Later, Çavuşoğlu said that the agreement would indeed be on Dec. 16 unless a technical handicap occurred.

Speaking in Rome, U.S. Secretary of State John Kerry also said a deal to create a national-unity government would be ready on Wednesday, Dec 16.

Saying that the leaders of both entities in the country "know the unacceptable price that rivalry and personal ambition and/or strife are inflicting", Kerry added:

"So we expect -- based on today's meeting -- we expect that Libyan officials will indeed proceed on Wednesday to formalize their support by signing the agreement, and more importantly, starting to implement it, putting together that government."

Libya has remained in a state of turmoil since a bloody uprising ended the decades-long rule of strongman Muammar Gaddafi in late 2011.

Since then, the country's stark political divisions have yielded two rival seats of government, each with its own institutions and military capacities.

Taking advantage of the chaos, extremist militant organizations such as Daesh are also said to have established a foothold in the country. The Sirte and Darnah provinces reportedly represent Daesh's two primary strongholds in Libya.
Last Update: Dec 14, 2015 8:45 am
RELATED TOPICS