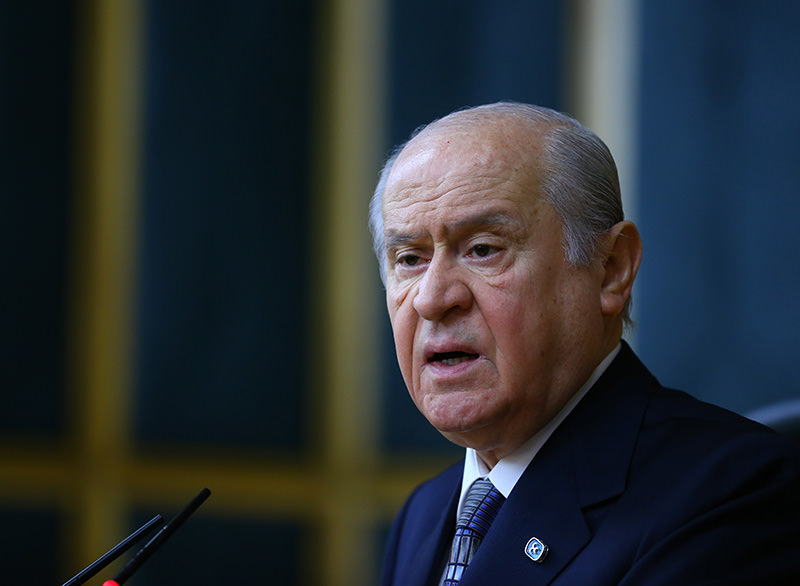 In remarks made at a party meeting in the Turkish capital Ankara, Bahçeli said: "It was Iraq that invited Turkish troops and showed the place in Mosul's Bashiqa region. What has changed from past to today?"

Bahçeli said it was "extremely normal" for Turkey to go to Iraq for helping and training Turkmen.

He also said the territorial integrity and interests of Iraq were of "vital importance" to Turkey.

Turkey has been running a training program since March at a training camp in Bashiqa, near Mosul, to help Iraqi volunteers as part of its fight against Daesh terrorist group.

A Turkish military source said earlier Monday that part of the Turkish troops deployed in Bashiqa had been transferred to another part of northern Iraq.

Turkey said that the 150 soldiers and up to 25 tanks were stationed in Bashiqa to protect Turkish servicemen training Iraqi volunteers to fight Daesh. The training mission has been in Iraq since March and is not assigned to combat duties.
Last Update: Dec 15, 2015 4:39 pm
RELATED TOPICS