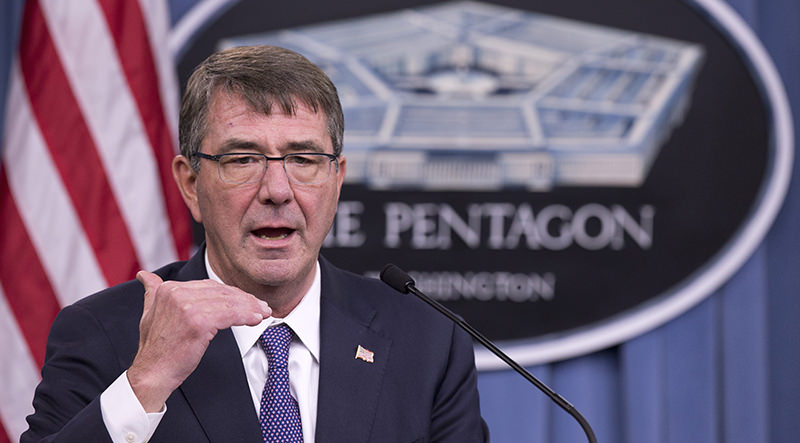 Incirlik has grown more important in the U.S.-led campaign of air strikes against Daesh, with 59 U.S., Turkish, Qatari and German aircraft now operating out of the base, up from about 15 from all coalition countries at the beginning of September, U.S. officials said.

Around 45 aircraft are from the United States and include both manned and unmanned. They conduct refueling, intelligence and strike missions, officials said.

On Monday, speaking after a meeting of the U.S. National Security Council at the Pentagon, President Barack Obama said Carter's trip to the region aimed to secure greater military contributions from allies in the campaign against Daesh.

Carter did not give details of the requests to allies but said different countries' contributions could include strike aircraft, intelligence flights, transport aircraft, help in controlling borders and helping U.S. efforts to train troops.

On Tuesday, Saudi Arabia announced the formation of a 34-nation Muslim military coalition to combat terrorism.

"That's something that obviously they can do that it's harder for other countries to do," he said.

"Different countries can make different kinds of contributions and over this trip and in the subsequent weeks and months I'll be asking them each to make the strongest, most robust possible contribution that they can."

Turkey has been doing its part to identify and stop potential foreign fighters seeking to cross the border to Syria to join Daesh, despite little cooperation in intelligence sharing with its Western allies. As part of Turkey's efforts, police have tightened security at transfer points such as airports, terminals, bus stations and rental car companies. The police have done so by employing a special risk analysis system and a team tasked with tracking suspicious foreigners who travel to Turkey for the first time and minors who have not made hotel reservations.