'Criticisms aimed at some actions, Israel and its people are friends of Turkey' 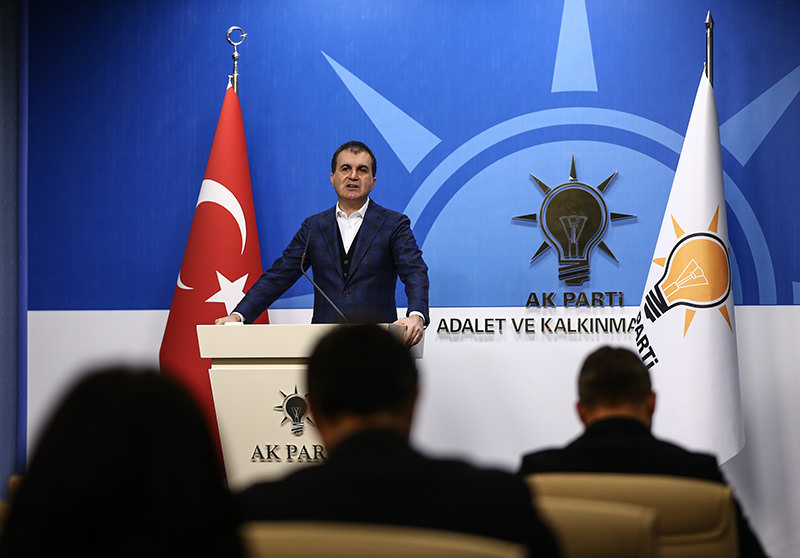 by Anadolu Agency Dec 20, 2015 12:00 am
An official from Turkey's ruling Justice and Development (AK) Party said Sunday that no deal had yet been signed to normalize relations with Israel amid a flurry of media speculation about a diplomatic thaw between Ankara and Tel Aviv.

"There has been no definitive deal signed yet, but a draft is being worked on," AK Party Deputy Chairman Ömer Çelik told reporters in Ankara late Sunday.

His remarks came after Turkish diplomatic sources confirmed last Thursday that Turkey and Israel were holding talks aimed at normalizing diplomatic relations more than five years after they were severed.

In his statement to reporters, Çelik stressed the "friendly" relations between the Turkish and Israeli people.

"Beyond all question, the state of Israel and its people are friends of Turkey," he said.

"Our criticisms until now are aimed at some actions of the Israeli government that are extreme and which we regard as illegitimate," he added.

"One of our conditions [for normalized relations] has been met," he told reporters in New York, where he was attending talks on Syria at the UN Security Council.

"Talks are now ongoing at the expert level to fulfill our remaining two conditions," he said.

"We will all see how the talks will be concluded... These negotiations must continue," Çavuşoğlu added.

In order to restore diplomatic ties, Turkey has demanded an apology from Israel, compensation for the families of those killed in the attack, and the lifting of Israel's eight-year blockade of Gaza.

The first of these conditions was fulfilled in 2013 when Israeli Prime Minister Benjamin Netanyahu apologized for the attack to then Prime Minister Recep Tayyip Erdoğan.
Last Update: Dec 20, 2015 11:21 pm
RELATED TOPICS