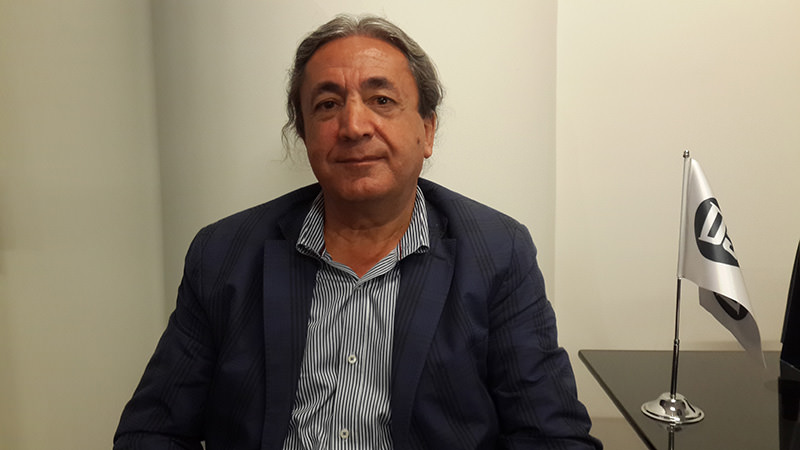 by daily sabah
Dec 21, 2015 12:00 am
Çetin Kaya Koç, a professor of cryptology from the University of California, Santa Barbara, dismissed recent Russian protestations that they could not retrieve information from the flight data recorder, known as the "black box", of the downed SU-24 jet while describing Russian technical expertise as world class.

Russian military said Monday that aviation experts so far have failed to retrieve any information from a flight data recorder from the Russian warplane that Turkey shot down last month.

Speaking to Daily Sabah, Koç said that the only excuse he deemed realistic was that Russians did not want to recover the data in the first place.

"If they bring the box to me, I'll be glad to retrieve all the relevant information," he said, adding that all he needs is the necessary equipment, which would be readily available for Russians.

"I've seen the footage showing the black box with Putin, and from the way it looks, it is readable," Koç said, explaining that black boxes are very redundant and include many layers to protect them from breaking into pieces, damage or fire. "I will not believe that this black box cannot be read unless I see it with my own eyes," he said.

Professor Koç described the Russian stance on the black box as a 'scheme', something that was planned before. "They are trying to close the issue and they do not want to receive information from the black box," he said.

Russians claimed that they could not retrieve information from the box with the tools available for now. Koç dismissed this claim, and explained that Russians are pretty advanced in this field. "Russians prefer closed technologies, it is their way of working in general. Their technology is different but they do a pretty good job. I know that Russians can currently hack even remote-controlled missiles," he said.

Following the incident, Russians claimed that information from the black box would prove their claims right. However, Lt. Gen. Sergei Bainetov, a deputy head of the Russian military's flight safety service, said on Monday that an inspection of the recorder has revealed that 13 of 16 microchips on its data board are nearly ruined and the remaining three are damaged. He said experts will attempt to retrieve information from them, but the effort will take a long time. The black box was opened with the presence of American, British and Chinese experts.

President Recep Tayyip Erdoğan recently said Turkey is confident about the Russian plane's violation and that Moscow can investigate the black box, but both Turkey and NATO's radar records prove Turkey's version of events. Russian President Vladimir Putin previously said: "Whatever we learn [from the black box] won't change our attitude to what the Turkish authorities did."
Last Update: Dec 21, 2015 10:37 pm