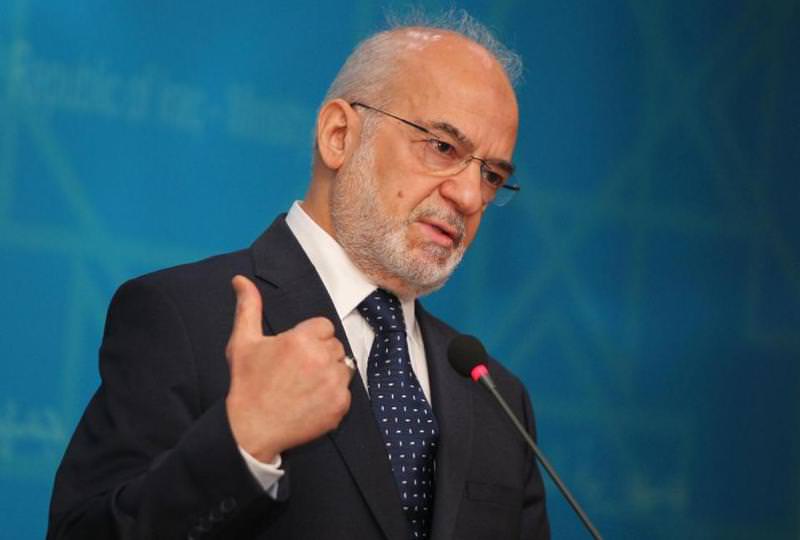 by Daily Sabah with Agencies Dec 21, 2015 12:00 am
The Iraqi government has welcomed Ankara moving its troops from the Bashiqa camp north of Mosul as a step in the right direction, a statement issued from the Iraqi Foreign Ministry said on Monday.

"We deem media reports regarding Turkish troops' withdrawal as a step in the right direction within the context of reinforcement of our relations, respect of Iraq's security and sovereignty and the fight against DAESH terror," the statement said.

Iraqi Foreign Minister Ibrahim al-Jaafari's statement also reiterated that Baghdad wanted to promote their "strongest and strategic relations" with Turkey, which he said they have built since 2003.

"The council of ministers discussed the crisis with Turkey and reiterated its welcome of Turkey's announcement that it will withdraw from Iraqi territory," the Iraqi government said in another statement.

The deployment of around 150 troops and up to 25 tanks to the Bashiqa camp near Mosul this month prompted Baghdad to accuse Ankara of violating its sovereignty and lodge a formal complaint at the U.N. Security Council.

Turkish officials have constantly emphasized in statements that the country respects Iraq's territorial integrity and borders.

On Saturday, confirming that the troop withdrawal would continue, the Turkish Foreign Ministry once again reiterated Turkey's support for Iraq's sovereignty and territorial integrity, adding that it "acknowledges the miscommunication with the government of Iraq over the recent deployments of Turkish protection forces meant to support training activities for Iraqi forces in their campaign against DAESH in Northern Iraq."

Turkey said that the units were stationed in Bashiqa to protect Turkish servicemen training Iraqi volunteers to fight DAESH. The training mission has been in Iraq since March and is not assigned combat duties.

Ankara withdrew some troops to another base inside Iraqi Kurdistan last week and said it would continue to pull out of Nineveh province where the camp is located. It did not say how many troops would be moved or where to.

On Tuesday, Prime Minister Ahmet Davutoğlu said that the presence of Turkish forces in Bashiqa does not pose a threat to the territorial integrity of Iraq, but rather represents a strong entity against terrorism.