Eurasia Group: Breakthrough in Cyprus negotiations likely in Q1 of 2016 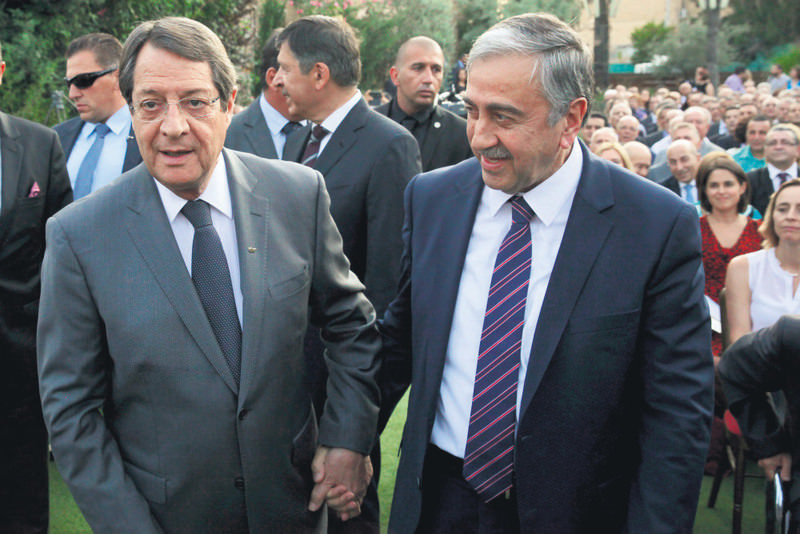 by Emre Özüm Dec 23, 2015 12:00 am
The international risk consultancy company Eurasia Group has predicted that a breakthrough in Cyprus negotiations will likely occur in 2016 despite concerns over property and security issues.

A possible breakthrough in territorial negotiations is likely in the first quarter of next year, giving much-needed momentum to a successful deal on the reunification of the island of Cyprus in 2016. The report also indicated that the security issue is more prone to spoiler risks from Turkey but that this is also likely to be resolved. However, according to the report, a reunification referendum is unlikely to be reached prior to the legislative elections which are slated for May 22; even though elections could be postponed to facilitate the referendum.

According to Eurasia Group, a solution must be reached regarding the abandoned properties on the island which have remained there since the displacement of Greek and Turkish Cypriots. The The group mentioned three possible solutions for this problem.

"There are three ways to resolve this issue: The previous owner will either be given back the property, offered some compensation for its value or given the option to swap it with another piece of property on the other side of the island."

However, the report also indicates that a solution to this problem is not imminent due to the technicalities inherent to the classification of property and ownership and the public's sensitivity to the topic.

The Eurasia Group believes that Turkey will be the most critical international actor, for various reasons. If the current geopolitical balance were to change – particularly, if relations with the EU lose momentum -- Turkey may cease to view reunification with Cyprus as positive. Furthermore, a surge in nationalism at home could force the government to take a tougher stance on Cyprus, according to the report.

The consultancy company also pointed out that parliamentary elections will not hamper a potential deal. The Greek Cypriot President Nicos Anastasiades does not want to commit to a specific timeframe in order to keep all options on the table. Consequently, public elections could take place before a referendum but Anastasiades has also floated the idea that elections could be postponed until after a referendum is reached. Meanwhile, the economy is predicted to be the most important topic in the election and referendum campaign period and the benefits of reunification will be a key factor in determining support for the referendum. However, Eurasia Group believes that external actors will manage to secure the necessary funds ahead of the referendum.
RELATED TOPICS