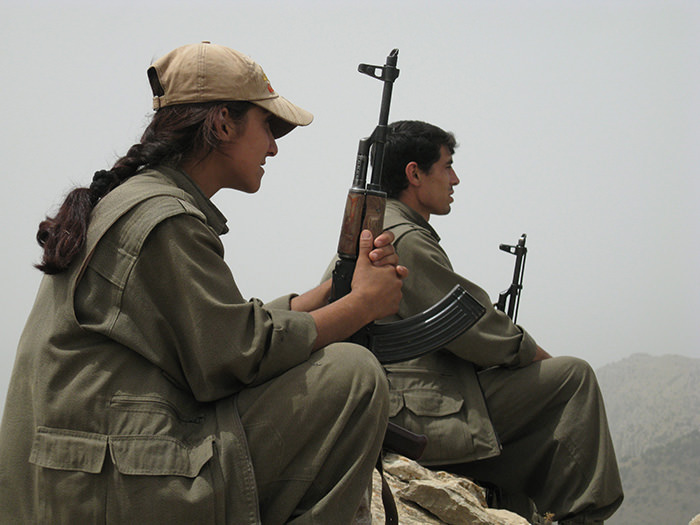 A senior Iraqi Kurdish official said the Baghdad government has included groups of PKK terrorists among the ranks of an Iraqi Shiite militia to create problems for the KRG. The PKK and its affiliates were described as ‘so-called Kurds' by KRG President Barzani, who said PKK had only created ‘troubles' for Kurds

The government in Baghdad is allegedly arming the terrorist PKK in Iraq for aligning with Shiite militia Al Hashd Al Shaabi (Popular Mobilization Forces) and their political interests, according to Nazim Harki, Vice-chair of Interior Affairs Committee in the Kurdistan Regional Government (KRG) Parliament.

Speaking to Kurdistan Democratic Party (KDP)'s official website on Thursday, Harki said: "The Baghdad [government] is trying to arm and attach the PKK into Al Hashd Al Shaabi in accordance with its interests in the region. The aim here is to prevent Kurds who have gained strength across the region and make them fight each other."

Stressing that Baghdad should not jump into making such an error, he said: "Baghdad's arming the PKK is a big mistake. Moreover, it means Iraq's declaring war on Turkey. Nobody will come out gaining from this issue."

"Prime Minister of Iraq Haider al-Abadi wants to use the PKK as a card in his hand against Kurds. In order to do that, they are planning to engage the PKK with al Hashd al Shaabi," he said, adding that Baghdad wants to use the PKK against the Kurdistan region for its own interests as it has attempted previously.

The PKK's Syrian affiliated Democratic Union Party (PYD) and its armed wing People's Protection Units (YPG) have also been a center of criticism for the KRG due to actions that splits the unity of the Kurds.

Talking about the incident in which PYD militants attacked a ceremony on Dec. 17, Kurdish National Flag Day, held by the Kurdish National Council of Syria (ENKS), KRG President, Masoud Barzani, condemned the attack and said, "Even the occupiers did not do what those forces have done. One day, they will regret it and be ashamed of it."

At the event, members of ENKS wanted to celebrate national flag day by using the KRG's flag. However, PYD militants scattered the group and detained several members of the council.

In a statement issued on the KRG's website on Dec.20, Barzani said he appreciates those who challenge the PYD, labeling the PYD "so-called Kurds." The flag used by the KRG is not accepted by the PKK terrorist organization and the PYD.
Last Update: Dec 25, 2015 8:23 pm
RELATED TOPICS