Iraq threatens Turkey with military action until all troops are withdrawn 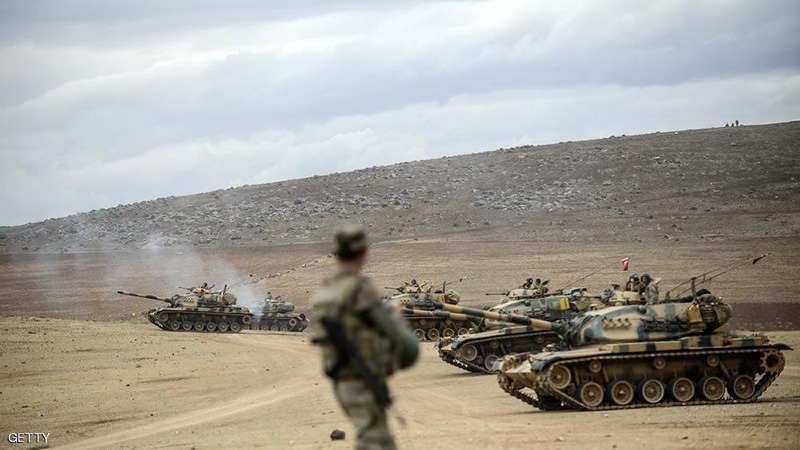 While Iraq threatens Turkey with use of force over troops deployed in the country to support local units in fight against Daesh, PM Davutoğlu called Iraqi PM Al-Abadi and told him that the threats of Daesh and PKK in the region need to be taken into consideration while assessing the situation

Iraq on Wednesday told Turkey to withdraw its troops from the Bashiqa camp north of Mosul where they are training anti-Daesh fighters, warning that it will consider military action if the soldiers remain.

Prime Minister Ahmet Davutoğlu called Iraqi Prime Minister Al-Abadi on the phone late Wednesday, and told his counterpart that although Turkey understands Iraq's sensitivity over sovereignty, the troop deployment issue needs to be evaluated taking into consideration threats of Daesh and PKK in the region. The prime minister also condemned the recent attack on Al-Abadi's convoy in Ramadi.

The troop deployment dispute between the two countries flared up in early December after Turkey deployed reinforcements to a camp in northern Iraq's Bashiqa region where Ankara is helping to train Sunni and Peshmerga to battle Daesh.

The deployment riled Baghdad, which has demanded their immediate and complete withdrawal. Turkey has begun withdrawing troops, but some remain.

Turkish officials have constantly emphasized in statements that the country respects Iraq's territorial integrity and borders, saying that the units were stationed in Bashiqa to protect Turkish servicemen training Iraqi volunteers to fight Daesh. The training mission has been in Iraq since March and is not assigned combat duties.

Ankara withdrew some troops to another base in Northern Iraq last week and said it would continue to pull out of Nineveh province where the camp is located. It did not say how many troops would be moved or where to.

Iraqi Foreign Minister Ibrahim al-Jaafari told a press conference Wednesday that Baghdad will continue to pursue a peaceful resolution, but warned that if "fighting is imposed on us, we will consider it to protect our sovereignty, people and resources."

The Daesh group seized much of northern and western Iraq, including the second largest city, Mosul, in the summer of 2014. The terroristhave declared a self-proclaimed caliphate in the areas of Iraq and Syria under their control.

On Monday, Iraqi forces backed by U.S.-led airstrikes drove Daesh militants out of the city center of Ramadi, the capital of the western Anbar province, and raised the Iraqi flag over the main government complex there.

Daesh had seized Ramadi in May, in its biggest advance since the start of a U.S.-led air campaign in August 2014.