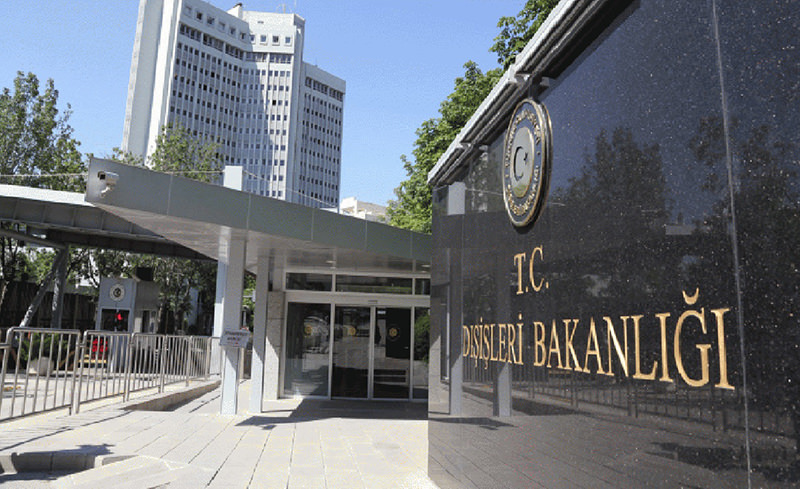 by Daily Sabah Feb 03, 2016 12:00 am
Turkey's Foreign Ministry Spokesperson, Tanju Bilgiç, made a statement late on Wednesday in response to a statement from the Vatican, which he hailed as "a positive development" for both countries, adding that Turkey would send back recalled Vatican Ambassador Mehmet Paçacı.

"It was decided that our Ambassador to the Vatican, Mehmet Paçacı, who has remained in the capital for consultations since the General Audience held on April 12, 2015 in St Peter's Basilica in the Vatican, will return to duty."

Stating that the Vatican – in a Feb. 3 statement – had acknowledged Turkey's repeated commitment to "make its archives available to historians and researchers of interested parties in order to arrive jointly at a better understanding of historical events, and the pain and suffering endured by all parties regardless of their religious or ethnic identity," the foreign ministry said that Turkey's 2005 call for a joint history commission was also appreciated by the Vatican.

The Vatican also condemned the assassination of Turkish Ambassador to the Vatican Taha Carım in June 1977 by the Armenian terrorist group ASALA, the Turkish statement added. The Turkish statement also pointed out that the Pope had this year referred to the 1915 events as the "tragic events of 1915," instead of using "genocide" to describe the events like he did last year.

The 1915 events took place during World War I, when a portion of the Armenian population living in the Ottoman Empire sided with the invading Russians and revolted. The Ottoman state relocated Armenians to eastern Anatolia following the revolts, and there were some Armenian casualties during the relocation process.

Armenia has demanded an apology and compensation, while Turkey has officially refuted Armenian allegations over the incidents, saying that although Armenians died during the relocations, many Turks also lost their lives in attacks carried out by Armenian groups in Anatolia.

The Turkish government has repeatedly called on historians to study Ottoman archives pertaining to the era, in order to uncover what actually happened between the Ottoman government and Armenian citizens.

Turkey's official position against allegations of "genocide" is that it acknowledges the past experiences were a great tragedy and that both parties suffered heavy casualties, including hundreds of thousands of Muslim Turks.