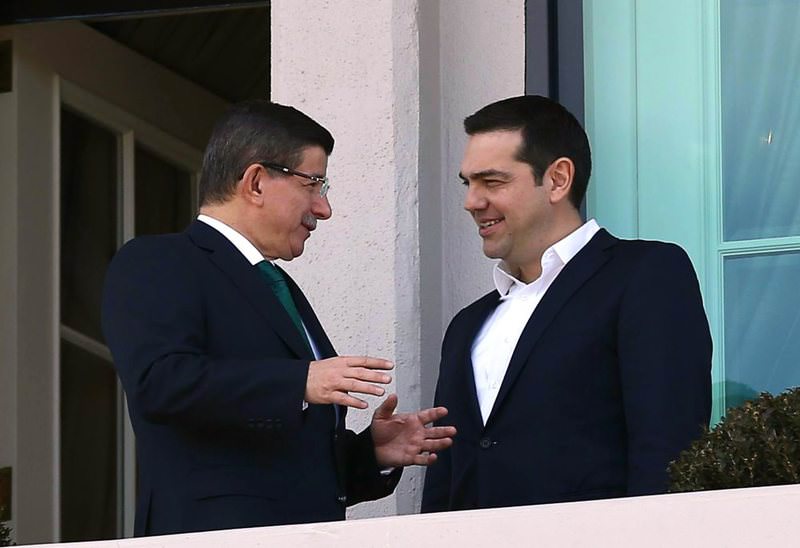 Greek Prime Minister Alexis Tsipras is expected to visit the Aegean province of İzmir on March 8 to chair a meeting of an intergovernmental, high-level cooperation council with Prime Minister Ahmet Davutoğlu.

During Tsipras's visit to Ankara last November both prime ministers agreed to hold a joint cabinet in İzmir. Sources from the Foreign Ministry said that Foreign Minister Mevlüt Çavuşoğlu will visit Athens on Friday to discuss the joint cabinet meeting's agenda. Meanwhile, sources from the Prime Ministry said that both leaders will discuss the details of cooperation in the migration crisis and operational details regarding the NATO mission in the Aegean sea. The Cyprus issue and the political and economic relations between Turkey and Greece are also expected to be discussed.

The joint cabinet meeting will take place just a day after the Turkey- EU submit in Brussels. The future of the summit is not clear, however, as Tsipras threatened to block it. Greek newspapers reported last week that Tsipras threatened to veto the text of the European Union Leaders Summit if there was no clear commitment that there will be no shutting down of Greece's northern border with Macedonia, a move at least five EU member states favor.