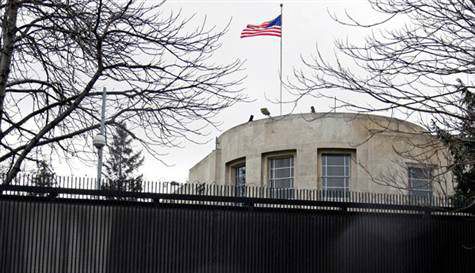 The U.S. Embassy in Ankara released a statement Sunday regarding a warning -which was published on its website on Friday- about a possible plot to attack a part of central Ankara and said the information was received from Turkish authorities.

Responding to speculations circulated on Turkish media that the embassy might have had the information before the attack, the statement said last week's warning was released after the embassy received intelligence from Turkish authorities about a possible attack.

"Embassy issued a notice to all American citizens in Ankara – both government employees and citizens – and to Turkish employees of the US Embassy, as we routinely do when we learn of Turkish government information about threats," the statement read.

A suicide car bomb ripped through a busy square in central Ankara on Sunday, killing 37 people and wounding 125, officials said, the latest in a spate of deadly attacks to hit Turkey.