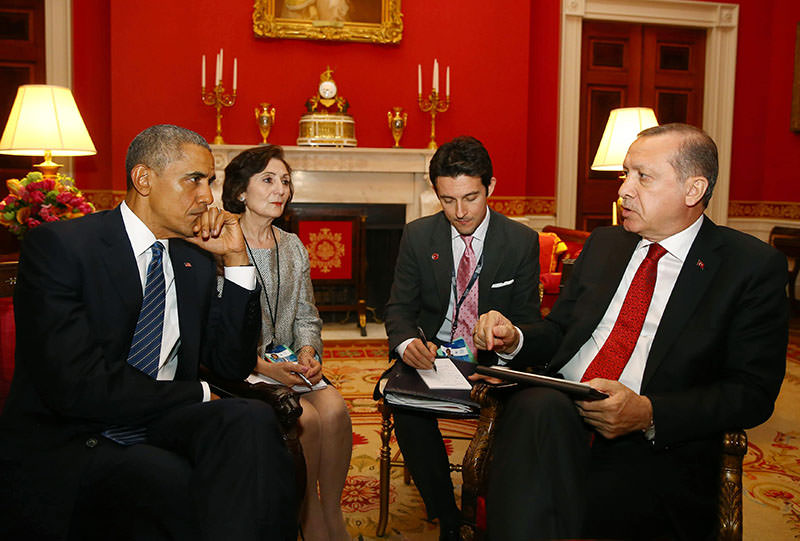 On Friday evening President Tayyip Erdoğan told a group of journalists that U.S. President Barack Obama did not raise press freedom issues with him in their meeting on the sidelines of the Nuclear Security Summit. "I am sad that he made such a statement in my absence. When we met at the White House he did not raise these issues."

A White House spokesman did not deny this statement, but said President Obama and Erdoğan had spoken quite frequently in recent months. National Security Council Spokesman Mark Stroh said they were not going to detail the conversations beyond the already issued readouts, adding, "But the President has certainly raised this issue, as he indicated."

Obama and Erdoğan had two phone calls in January and February. However the readouts did not mention press freedom issues, but rather focused on the fight against DAESH and issues within Syria.

Some Turkish journalists believe Obama might have mentioned about his concerns regarding the state of press freedom in Turkey during calls and meetings between Obama and Erdoğan last year.

U.S. President Barack Obama said on Friday that he was "troubled" by certain trends in Turkey.

Obama refused to give a yes or no answer when asked whether he considered the Turkish leader to be authoritarian. "It's no secret that there are some trends within Turkey that I have been troubled with," Obama said. "I think the approach they have been taking toward the press is one that could lead Turkey down a path that would be very troubling." Obama said he had expressed these sentiments to Erdoğan "directly."

Erdoğan refuted the assertions and said that even in Western countries such as the U.S. and Germany there is no tolerance for insults and threats against the heads of states.