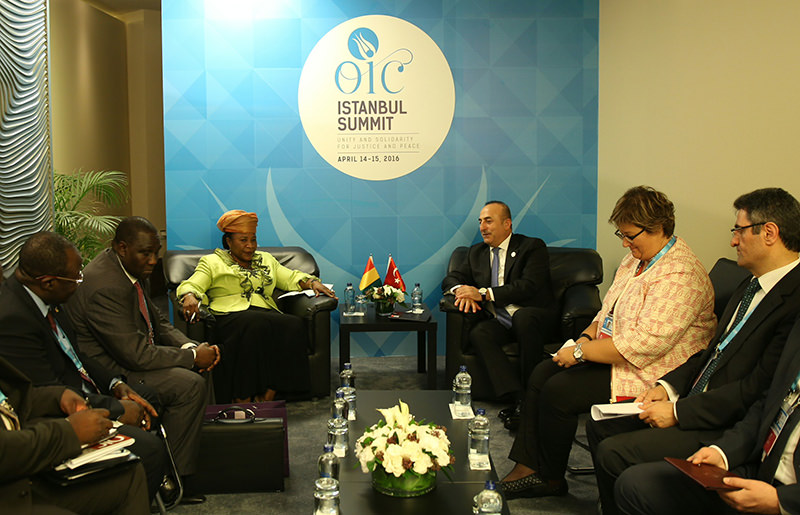 The Organization of Islamic Cooperation (OIC) is to establish a working group in an effort to settle the long-running conflict over occupied Karabakh, Foreign Minister Mevlüt Çavuşoğlu said Tuesday.

The OIC will be more decisive on the occupied Karabakh topic, Çavuşoğlu told journalists after a meeting of OIC foreign ministers in Istanbul.

He said Turkey urged member states to take part in discussions on the conflict, which escalated earlier this month, resulting in the deaths of more than 270 military personnel.

A meeting of IOC foreign ministers has been taking place ahead of a wider summit on Thursday and Friday.

During the summit, Turkey will be handed the OIC chairmanship for the next two years.

The 10-year road map consists of 107 goals on issues such as peace, security, the struggle against extremism, finance and investment, good governance and human rights.

Medeni said the organization would create contact groups to liaise on disputes between member states, as well as the occupied Karabakh conflict, and called on Hamas and Fatah to put their differences aside to pursue legal status for Jerusalem and Palestine.

On Turkey-Egypt relations he hoped to "ease the tension between states, I'm sure that we will come to a new and positive phase after the summit."

The OIC meeting is expected to discuss problems in countries such as Syria, Yemen, Palestine, Iraq and Azerbaijan.

Founded in 1969, the OIC consists of 56 member states and represents the collective voice of the Islamic world.