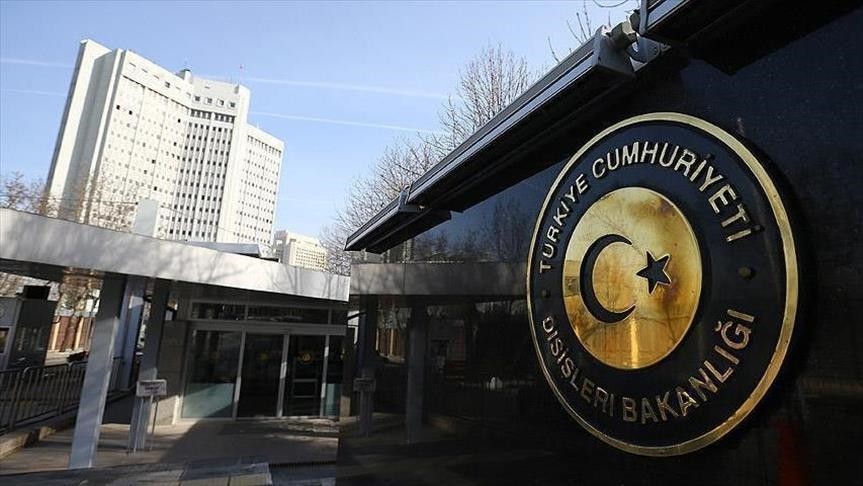 Turkey stands with its African sisters and brothers in their quest for further development and prosperity, Turkish Foreign Minister Mevlüt Çavuşoğlu said Wednesday in his message on Africa Day.

Africa Day is commemorated every year on May 25 to mark the formation of the Organization of African Unity in Ethiopia, which is now known as the African Union.

In remarks made in an article titled "Turkey - Africa Development Partnership: A Human-Oriented Approach" posted on the official Turkish Ministry of Foreign Affairs' website, Cavuşoğlu said: "Turkey is an ardent supporter of African solutions for African issues.

"With its wide diplomatic representation all around the continent, Turkey stands with its African sisters and brothers in their quest for further development and prosperity."

He said one of Turkey's main priorities was the well-being of societies through formulating and implementing developmental projects.

He gave the example of two hospitals that Turkey opened in conflict-ridden regions: Darfur and Mogadishu. These training and research hospitals were officially inaugurated in 2014 and 2015, respectively.

"Turkish government could have taken the easy way by handing over the keys of the hospitals to the Sudanese and Somali authorities after completing the construction and refurbishment. Instead, Turkey, together with the local authorities, has established joint management teams for the hospitals for the next five-year-period," he wrote.

"By doing so, we are ensuring both the high quality health services, provided by over 100 Turkish doctors and health professionals, and training the future local managers and staff of the hospitals," he added.

"We continue encouraging the Turkish NGOs and entrepreneurs to be socially aware of the current and future needs and requirements of the people, wherever they operate. This approach will remain as one of our ultimate operating principles in providing humanitarian and development assistance," he wrote.