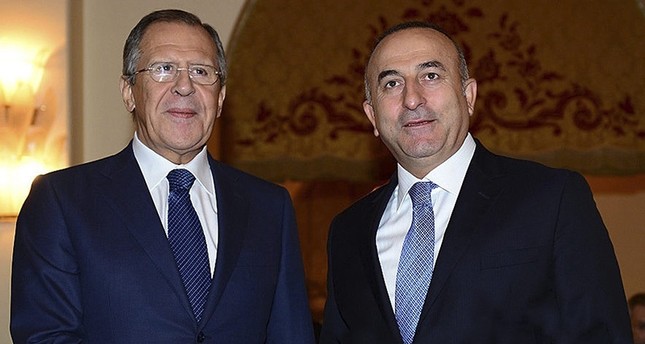 Foreign Minister Mevlüt Çavuşoğlu will attend the Organization of the Black Sea Economic Cooperation (BSEC) meeting in the Russian city of Sochi in July, sources said on Monday, shortly after Kremlin and Presidential Spokesperson İbrahim Kalın confirmed that President Recep Tayyip Erdoğan sent a letter expressing regret about the downing of a Russian jet to Vladimir Putin.

According to reports, Çavuşoğlu accepted Russia's invitation to attend the meeting, and could also hold a bilateral meeting with his Russian counterpart Sergey Lavrov.

According to an article in Sputnik, Nebenzya invited the foreign ministers of all Black Sea countries, including Turkey and Ukraine.

Although the format of the meeting does not allow for bilateral meetings, Russia is ready to hold such a meeting with Foreign Minister Mevlüt Çavuşoğlu, Nebenzya said.

"We are not running away or hiding from anyone" and are open to all discussions, he said.

Share on Facebook Share on Twitter
Previous in Diplomacy President Recep Tayyip Erdoğan has expressed regret for the downing... Next in Diplomacy The reconciliation deal reached between Turkey and Israel is seen...
DAILY SABAH RECOMMENDS