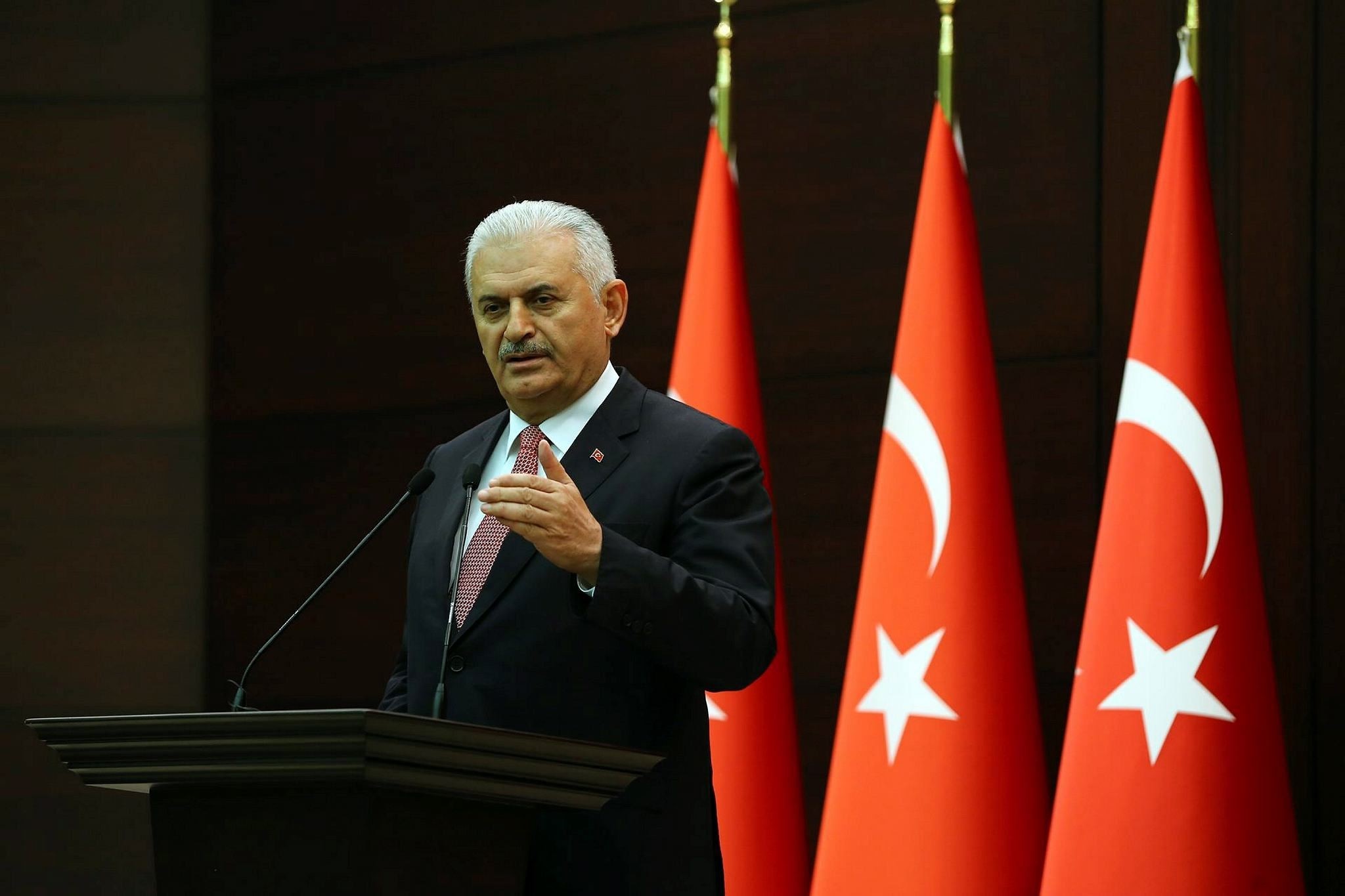 After a six-year dispute, Turkey and Israel closed a deal to normalize relations as Turkey received an apology from Israeli PM Netanyahu Israel also pledged to pay compensation for the Mavi Marmara victims and to ease the Gaza blockade

Turkey and Israel reached a reconciliation agreement on Monday, June 27, ending a six-year dispute between the two countries. Israel accepted Ankara's condition of easing of the Gaza blockade together with receiving an apology from Israeli Prime Minister Benjamin Netanyahu and compensation for the Mavi Marmara raid victims' families.

Prime Minister Binali Yıldırım Monday announced the details of the reconciliation deal, saying the agreement has lifted the blockade on Gaza to a large extent. Yıldırım confirmed that Israel had agreed to pay $20 million in compensation to the families of Mavi Marmara victims. Under the deal, Turkey will deliver humanitarian aid and other non-military products to Gaza and a first shipment of 10,000 tons of aid will be sent on Friday, he told reporters during a press conference in Ankara.

Turkey will also be allowed in the future to deliver aid to Gaza and invest in infrastructure projects under the deal, he said.

The deal will see the two countries exchange ambassadors "as soon as possible," Yıldırım said.

He said that the deal, whose broad terms were announced by senior officials from both countries late on Sunday, would be signed Tuesday.

A senior Turkish official previously told Daily Sabah that Turkey reached an agreement with Israel to normalize bilateral relations on Sunday in Rome.

Under the agreement, Turkey will complete the construction of a 200-bed hospital in Gaza along with new residential buildings.

The senior Turkish official said that concrete steps will be taken to address the energy and water crisis in Gaza. The amount of electricity and drinking water will increase and new power plants will be built.

The agreement will make it possible for Turkey to launch major projects in the West Bank, including the Jenin industrial zone.

"The agreement represents a diplomatic victory for Turkey, which assumed a principled and determined stance after the Mavi Marmara raid," he said.

Netanyahu said on Monday that the reconciliation deal with Turkey would bring stability to the region and the two sides were currently discussing exchanging ambassadors after the six-year diplomatic rift.

Netanyahu said his country's maritime blockade of the Gaza Strip would remain in place following the deal.

"The second thing the agreement gives is continuation of the maritime security blockade off the Gaza Strip coast. This is a supreme security interest for us. I was not prepared to compromise on it," he said.

"The world is in turmoil. The Middle East is in turmoil. And my goal as prime minister is to create focus points of stability in this volatile and stormy region," Netanyahu said.

"We are two large powers in the region and the break between us didn't benefit either of our mutual interests," he continued.

Speaking just hours before his statement, Netanyahu said the agreement was "an important step."

"It has also immense implications for the Israeli economy, and I use that word advisedly," he told reporters after meeting U.S. Secretary of State John Kerry in Rome.

According to Israeli media outlets, Israel's security cabinet is set to convene this week to approve the deal.

Commenting on the reconciliation between the two countries, Fahrettin Altun, the Istanbul coordinator for the Foundation for Political, Economic and Social Research (SETA), told A Haber news that it is a diplomatic success for Turkey.

"It is a process of normalization, meaning that the relations are where they started for the first time and [we are] enhancing collaboration on basic issues," Altun said.

Stressing the serious instability in the Middle East, Altun said the current situation pushed regional countries to seek other ways for stability. "This normalization will have significant impacts on Israel's domestic politics. It will also be a positive motivation for Turkish-Israeli economic relations," he added.

"The Israeli media and people see this as a fiasco for Israel," Ufuk Ulutaş, the director of foreign policy studies at SETA, told A Haber news.

Ulutaş said that the most striking thing for him is the economic collaboration. "It was the biggest motivation for the two countries," he added.

"This reconciliation will have very positive impacts on Turkish-Russian relations in the near future. It could also positively affect Turkish-Egyptian relations," Ulutaş contended.

Following the announcement of the agreement between Turkey and Israel, U.S. Secretary of State John Kerry welcomed the agreement and called it a "positive step."

Explaining that the U.S. has been working on rapprochement for several years, Kerry said the agreement will pave the way for more positive steps.

U.N. Secretary-General Ban Ki-moon on Monday welcomed the deal, calling it a "hopeful signal for the stability of the region."

"I welcome today's announcement of the normalization of relations between Israel and Turkey," Ban told journalists as he met Israeli President Reuven Rivlin.