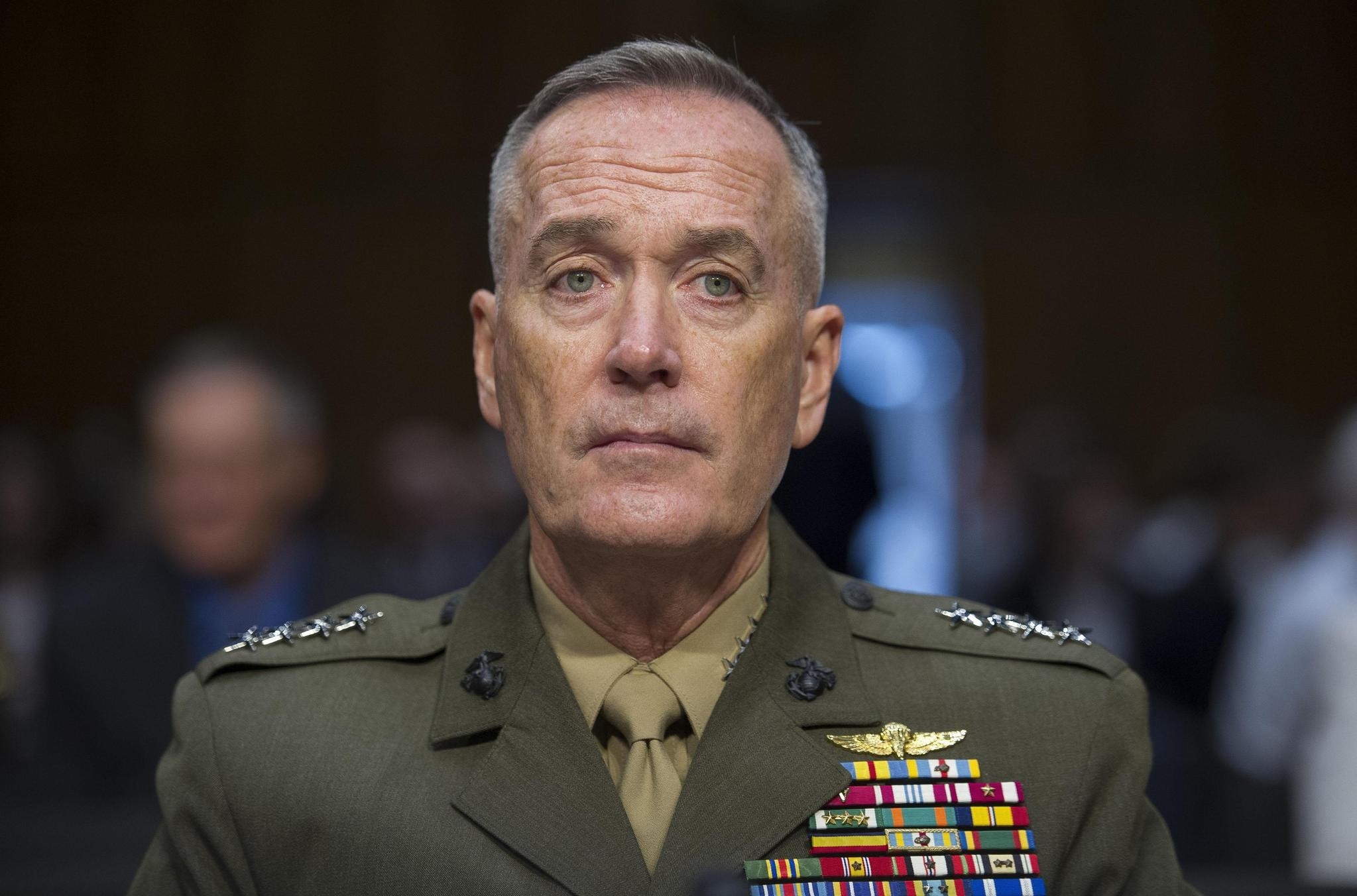 Gen. Joseph Dunford, Jr., testifies during his Senate Armed Services Committee confirmation hearing to become the Chairman of the Joint Chiefs of Staff, on Capitol Hill in Washington. (AP Photo)
by Daily Sabah with Agencies Jul 29, 2016 12:00 am

The U.S. chairman of the Joint Chiefs of Staff, Joseph Dunford is set to visit Turkey on July 31 following the failed coup attempt in the country, Minister for EU Affairs and Chief Negotiator Ömer Çelik said Friday.

About Gülen, Çelik said: "Gülen is even more dangerous than Osama bin Laden.

"Gülen has tried to annihilate the secular government of Turkey and replace it with deviant religious thought. They targeted Turkey's democratic state to install a military dictatorship instead."

Turkish officials as well as citizens claim the U.S. was not standing firmly against the failed military coup as they accuse it of harboring the plot's alleged mastermind.

Turkey contributes soldiers to U.S.-led efforts in Afghanistan, including training missions. The U.S. and Turkey have a shared airbase in İncirlik, southern Turkey, where they launch missions against Daesh.

President Recep Tayyip Erdoğan slammed an American military official who expressed concern that some of the coup leaders were jailed in Turkey.

US Gen. Joseph Votel said Thursday "We've certainly had relationships with a lot of Turkish leaders, military leaders in particular. And so I'm concerned about what the impact is on those relationships as we continue to move forward," Votel said at the Aspen Security Forum.

"It's not up to you to make that decision. Who are you? Know your place," Erdoğan said.

He made the remarks on private NTV channel Friday, saying Votel should have condemned the coup attempt, especially since Turkey was the U.S.'s ally.

"Both countries are members of NATO. Inside the Turkish army under NATO body, there has been a riot. A high ranked commander in NATO army strictly should react against the rebellion in the neighboring army," he said.

"If it is not well-meant, it is totally wrong. It almost contains an implication favoring the coup attempt. It is very shortsighted, which cannot be made at all," he added. "The U.S. Defense Ministry should address this.

Turkish Foreign Minister Mevlüt Çavuşoğlu also criticized the comments, saying the jailed officers are "not the only ones with the capacity to fight" Daesh. Speaking to reporters in Ankara, Çavuşoğlu said the purge of those suspected of being involved in the coup is rendering the Turkish army more efficient.

"When we weed out these bad apples... then our army is more trustworthy, more dynamic, and more effective," Çavuşoğlu said.