EU officials should visit Turkey to see what happened, rather than relying on media, lawmaker says 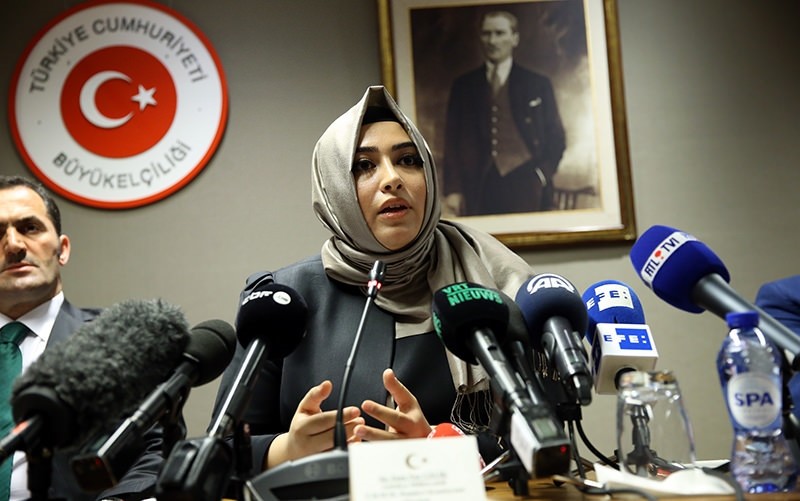 The head of a Turkish parliamentary delegation visiting Belgium expressed disappointment Wednesday at a lack of EU support following the failed July 15 coup in her country, which is a candidate for membership of the 28-country bloc.

"A coup attempt happened for the first time in a country that is on the negotiation table with the European Union," said Sena Nur Çelik of the ruling Justice and Development Party (AK Party), calling it an attack on democracy and European values.

"We would expect heads of state, ministers, EU officials to come and see for themselves what's going on in Turkey instead of relying on what they see in the news," she added.

"We all know what kind of solidarity was displayed when the attacks in France happened. I don't think that the same type of solidarity was shown here in this case," the lawmaker said, adding: "It's quite disappointing."

Çelik was critical of media speculation that the coup could have been staged by the Turkish government to consolidate power, calling it "shocking" that such conspiracy theories were being presented as serious analysis.

"This is just the same as claiming that 9/11 was an inside job, or that the terror attacks in Brussels were undertaken by the government," Çelik said, referring to the September 11, 2001, terrorist attacks on the United States.

The legislator showed some understanding for Turkish calls for a reintroduction of the death penalty to punish the coup plotters, noting that "emotions are very high" at present.

But the issue - which would require a two-thirds parliamentary majority to pass - is not on the legislature's agenda at present, she noted.

The cross-party group of delegates from the Turkish parliament's foreign affairs committee met their Belgian counterparts as well as officials with the country's Foreign Ministry and non-governmental organizations in Brussels.

Efforts to meet EU officials failed because the summer holiday season has begun in Brussels, the group noted.