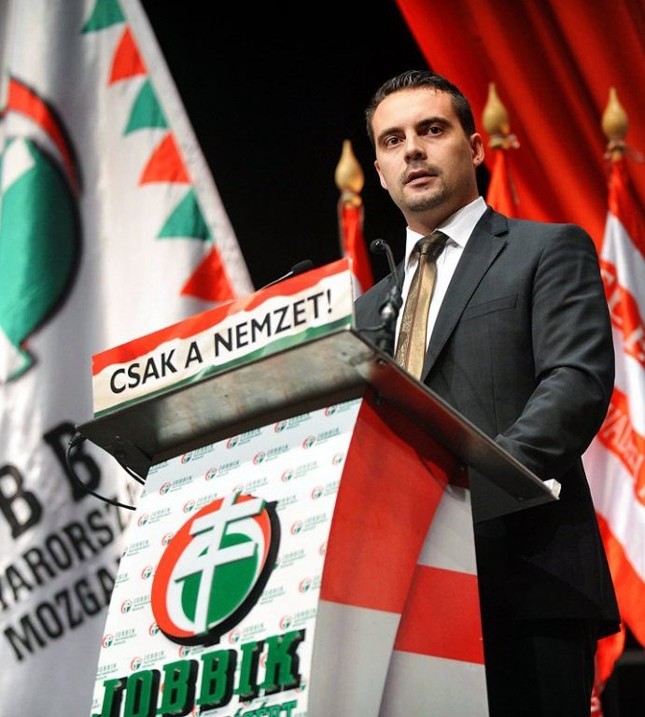 "The West is uncomfortable with the idea that Turkey will remain strong as long as [President Recep Tayyip] Erdoğan is its leader," Hungary's far-right party leader Gabor Vona said while praising the country's strong economy in the aftermath of a failed coup led by the Gülenist Terrorist Organization FETÖ

"The West is uncomfortable with the idea that Turkey will remain strong as long as [President Recep Tayyip] Erdoğan is its leader," Gabor Vona told Anadolu Agency.

"Turkey has a strong and stable government," said Vona, who is also the head of the Hungary-Turkey Friendship Group in the Hungarian National Assembly.

"He [Erdoğan] is a very strong leader and the Western world does not like it," Vona said, adding that central European countries are experienced in how the "West exploits another country's weakness to protect its own interests."

Vona praised the Turkish people's resilience in suppressing the foiled coup, which claimed more than 230 lives and injured at least 2,200 others. He said Turks deserve "a great compliment" after taking to the streets and risking their lives for their freedom, sovereignty, and stability.

"That incident [the repelled coup] showed that Turkey has a strong nation in addition to its strong economy," he said.

The Hungarian politician also said he would closely follow the developments in closing down the institutions of the FETÖ terror group in his country.

Turkish authorities accuse FETO, headed by U.S.-based preacher Fetullah Gülen, of being behind the deadly coup that sought to overthrow the elected government. Turkey has repeatedly requested for Gülen's extradition to face trial and issued a warrant for his arrest.

"I will take the necessary steps as the leader of the Hungary-Turkey Friendship Group," Vona said.
Last Update: Aug 05, 2016 2:46 pm
RELATED TOPICS