Turkish people dissapointed by lack of support from the West, deputy says 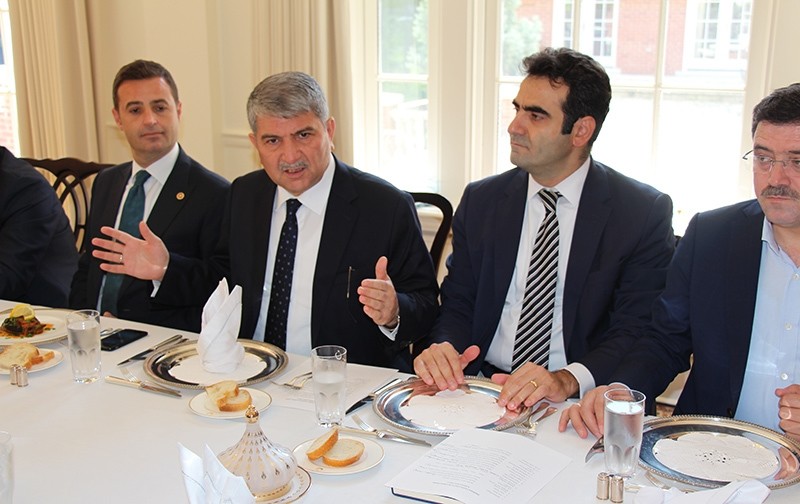 Turkey is disappointed in its Western allies who were critical of steps taken by President Recep Tayyip Erdoğan following a coup attempt there last month, the head of a Turkish delegation to Canada told reporters Monday.

Those measures included the detentions of thousands of suspected members of FETÖ, accused of mounting the July 15 failed coup led by U.S.-based Fetullah Gülen.

Speaking at a press conference in the Canadian capital of Ottawa, Dr. Kani Torum, deputy chair of the parliament's foreign relations committee, also said Gülen was behind the attempted overthrow of the Turkish government, calling his group a "messianic cult" as well as a "Daesh-like organization" guilty of brainwashing followers. He said the West has chosen to overlook that fact and not support Turkey.

"This is the biggest disappointment (of) the Turkish people, I tell you-this is their feelings," he said.

Torum noted that Turkey stood with its allies when they were attacked.

"When the bombings happened in France, in Britain, Germany-wherever-we always support them," he said. "We always work with them-and in Brussels. But this time, we did not get any support."

At least 240 people were martyred during the overthrow attempt and 2,200 others injured.

Ankara also contends that FETÖ has long tried to infiltrate federal and municipal institutions and formed what is widely regarded as a parallel state.

The Turkish delegation is comprised of five deputies, including two members of opposition parties, and is touring several countries to counter the propaganda Ankara insists is being perpetrated by Gülen and his supporters.