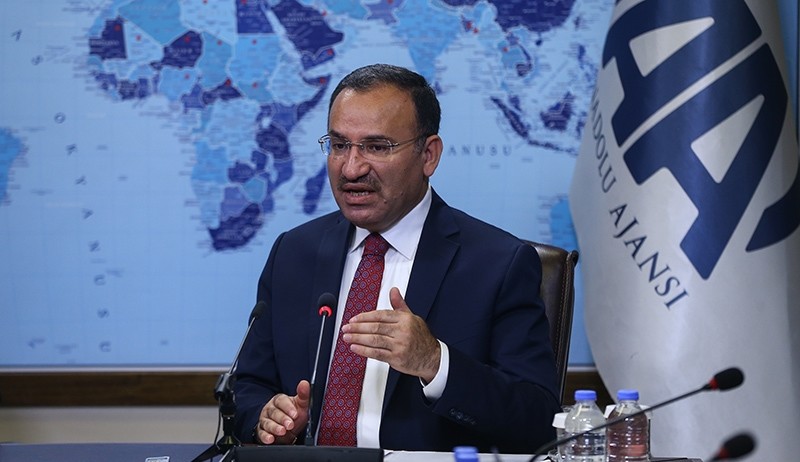 Justice Minister Bekir Bozdağ said on Tuesday that Fethullah Gülen is no longer "a useful tool" for the U.S., urging it to not sacrifice relations with Turkey over the controversial figure.

Answering questions from journalists at Anadolu Agency offices in Ankara, Bekir Bozdağ said Gülen's direction of the July 15 coup plot was a "fact known by all."

Speaking two days after 5 million people in Istanbul attended a huge pro-democracy rally on Aug. 7 with participants from the ruling party as well as the major opposition parties, Bozdağ said:

"If you ask what the message was of Aug. 7 and July 15, they were declarations to friends as well as enemies that from hereon, coups cannot be staged in Turkey." Bozdağ added that the Turkish people would settle its freedom and future.

Bozdağ went on to say that those who act on behalf of foreign forces cannot "seal the fate" of Turkey or determine the country's future. He added that the message so far from U.S. authorities about extraditing the Pennsylvania-based Gülen had been "positive."

"They discussed extraditing Gülen, and concerns regarding the details of extradition. We consider this a positive development. The U.S. must facilitate Gülen's extradition to Turkey unconditionally."

Gülen is accused of leading a long-running campaign to overthrow the state through the infiltration of Turkish institutions, particularly the military, police and judiciary, exploiting infiltrators commonly described as a "parallel state."

Although the U.S. has long been an ally of Turkey, Turks remain suspicious of American involvement in past coups. The 1980 coup in particular inflamed anti-U.S. sentiment, as the U.S. was viewed as a staunch supporter of the generals who carried out the coup.

Almost two-thirds of Turks believe Gülen was behind the failed coup attempt in Turkey on July 15, according to a survey conducted by pollster Andy-Ar.