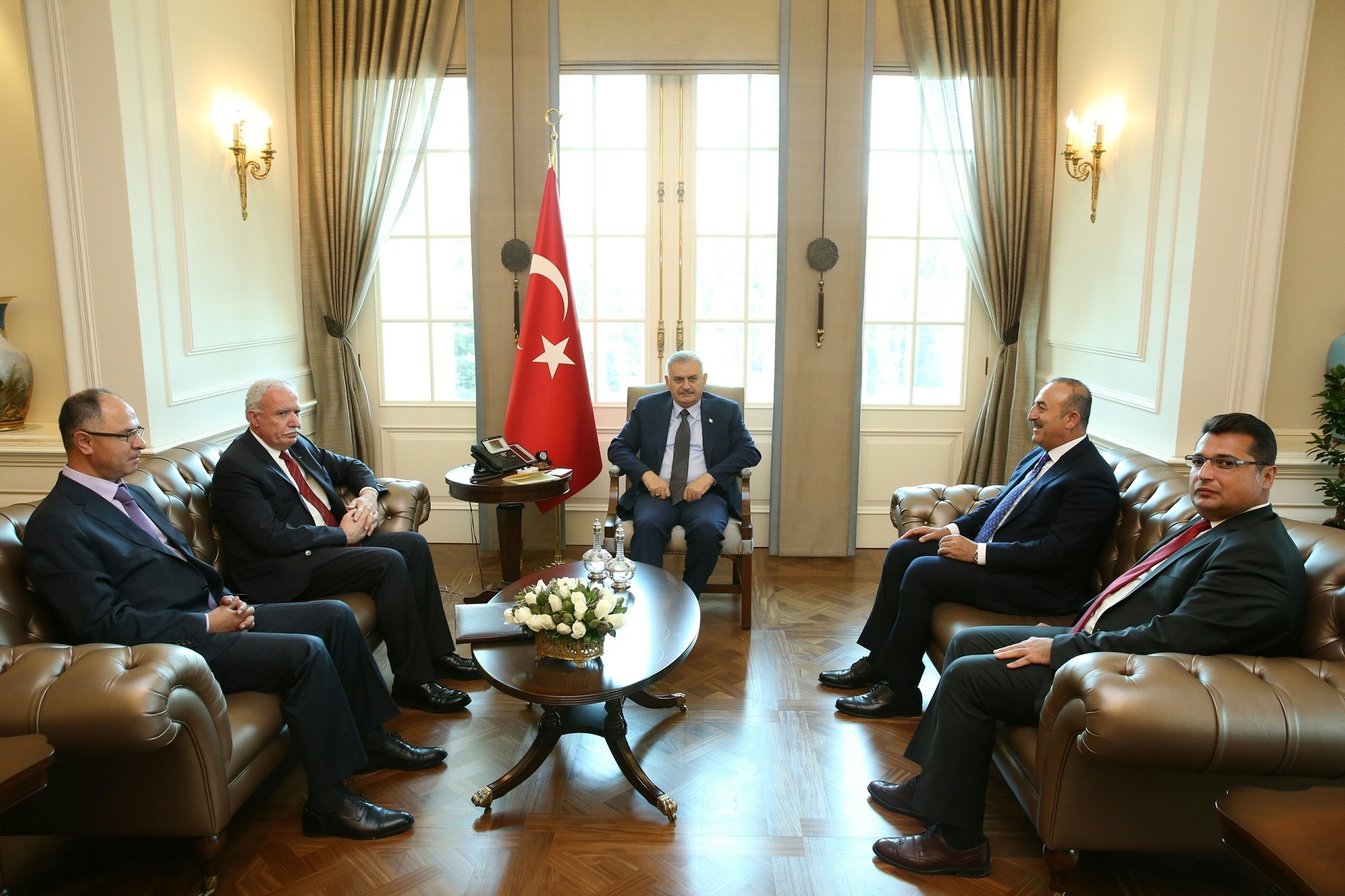 Prime Minister Binali Yıldırım has said that a second aid dispatch to Gaza was planned for early September, ahead of Eid al-Adha.

Speaking to reporters after receiving Palestinian Foreign Minister Riyad al-Maliki at the Çankaya Palace in Ankara, Yıldırım said that Turkey's aid to Palestinians will increasingly continue.

Maliki, in his part, said that the Palestinian state and its people stand with the democratically elected Turkish government against the heinous coup attempt on July 15.

The Palestinian FM also voiced his concerns about the latest situation in the al-Aqsa mosque in Jerusalem, stating that Palestinians' conditions at the complex have become critical recently.

Turkish Prime Minister Binali Yıldırım has said that Tel Aviv met all of Ankara's preconditions for normalizing ties, which were severed in 2010 after Israeli commandos stormed a Gaza-bound Turkish aid vessel in international waters.

The attack resulted in the death of nine Turkish activists and left another 30 injured, one of whom succumbed to his injuries nearly four years later.

In the aftermath of the attack, Turkey demanded an official apology from Israel, compensation for the families of those killed and the lifting of Israel's Gaza blockade.