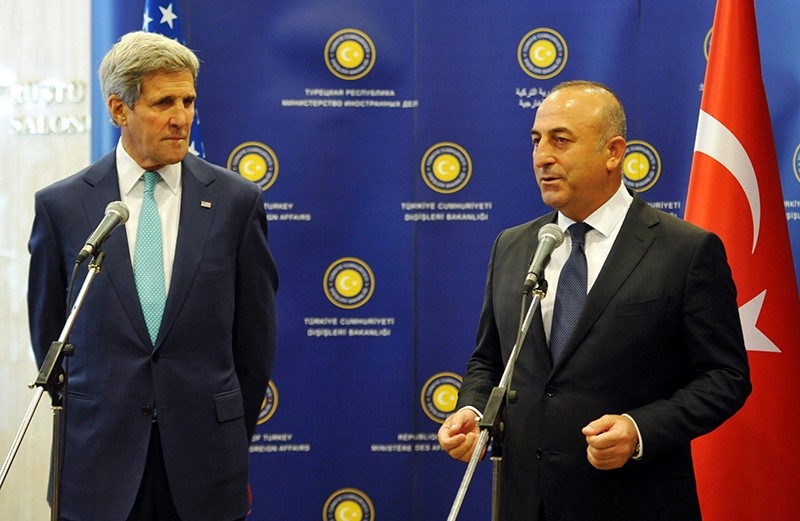 Foreign Minister Mevlüt Çavuşoğlu on Tuesday held talks with U.S. Secretary of State John Kerry over the phone, discussing a number of issues including the extradition of Gülenist terror-cult leader Fetullah Gülen, who is accused of being the mastermind behind the brutal failed coup attempt.

According to diplomatic sources, Çavuşoğlu talked about the upcoming visit of U.S. Vice President Joe Biden to Turkey on August 24, interpreted by many as a positive shift to respond to Turkey's extradition request.

They also exchanged ideas on the current developments in Syria, including the liberation of Manbij from Daesh terrorists, and the situation in Aleppo.
On Monday, the U.S. praised Turkey's support to the operation to expel terrorists from Manbij city in Syria, a key transit point for Daesh terrorists going into both Syria and Iraq.

Last Thursday, Biden assured Prime Minister Binali Yıldırım that America "would work" together with Turkey on the extradition of alleged coup leader, Fetullah Gülen.
Ankara has repeatedly called for the U.S. administration to extradite Gülen to Turkey.

On July 15, a Gülenist faction within Turkish military attempted a deadly coup, which killed more than 240 people and injured nearly 2,200 others. Turkey says the coup was organized by U.S.-based figure Fetullah Gülen's followers.