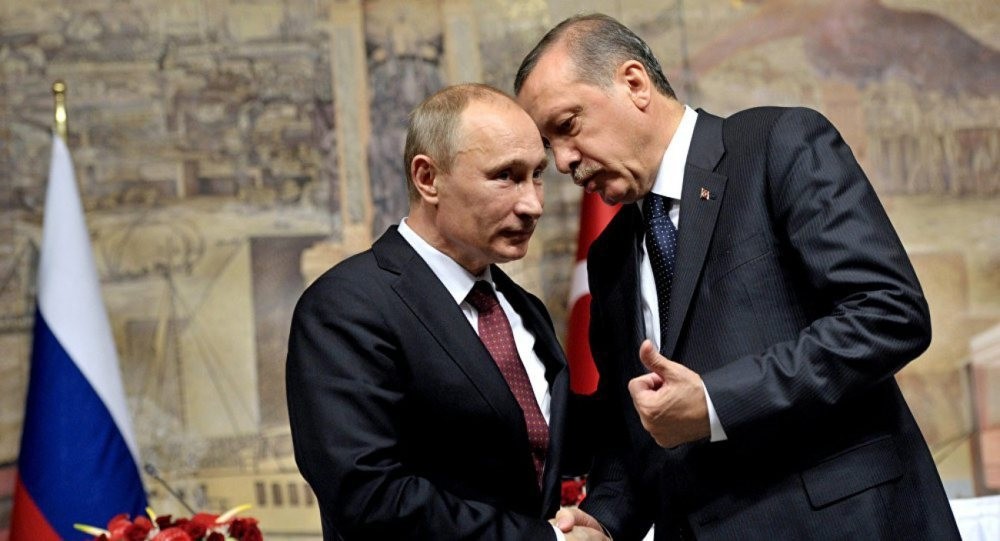 Now that Turkey has warmed relations with Russia and Iran with President Erdoğan meeting Russian President Putin and Iranian FM Zarif, the Russian deputy foreign minister said that the key to a solution in Syria is trilateral talks between Turkey, Russia, Iran

Speaking to the Russian Interfax Agency after a meeting with Iranian Foreign Minister Javad Zarif, Bogdanov said that bilateral talks between Russia, Iran and Turkey about Syria can advance to trilateral talks at the ministerial level. He also said that during upcoming visits to Gulf states he will meet with representatives from the Syrian opposition.

Russian President Vladimir Putin said on Tuesday that Moscow would make efforts to re-establish bilateral relations with Turkey in every aspect after his meeting with Kazakh President Nursultan Nazarbayev in Sochi.

Experts have stressed the importance of cooperation between the countries for the future of the region and establishing peace in Syria, despite differing opinions and and policies on the issue. "Since it is obvious that Western countries have no interest nor are they willing to resolve the Syrian crisis, Russia, Iran and Turkey are seen as the main actors in potentially ending the conflict in Syria," analyst and journalist on Eurasian affairs,Eşref Yalınkılıçlı, said. The analyst underlined that Russia's stance on Syrian leader Bashar al-Assad's role in post-war Syria will be the determining factor in the future of Turkish-Russian relations, which could ultimately transform into a strategic partnership. He added that both countries are weary of the ongoing deadlock in Syrian crisis, adding that if Russia takes Ankara's political sensibilities concerning Syria into consideration as the country that has suffered the most from the refugee influx and DAESH terrorist attacks, then the two countries, along with Iran, could take steps to end the civil war.

While Bogdanov signaled to cooperation between the three countries, Russia and Iran are improving their military collaborations. The head of Iran's National Security Council said on Tuesday that Russia and Iran are sharing facilities in the fight against terrorism, since Russia confirmed that it has deployed Tupolev-22 bombers to the air base near the Iranian city of Hamadan to launch airstrikes on Syria.

"Iran and Russia are already in political and military cooperation in Syria. Turkey can join this collaborative effort but serious divergences, especially in the future politics of Syria, are still waiting to be resolved," said Dr. Bayram Sinkaya, an academic at Yıldırım Beyazıt University and an expert on Iran at the Center for Middle Eastern Strategic Studies (ORSAM). Emphasizing differing views of the political actors in the field, Sinkaya said that fighting DAESH is the only possible area of cooperation between the countries. "Iran and Russia define every group against Assad in Syria as terrorists regardless of their stance; including moderate rebels. However, Turkey has been providing logistical support to these moderate factions since the beginning of the Syrian crisis. And Turkey sees no future for Assad in Syria, whereas Iran and Russia stand firm in including Assad in Syria's post-war process. The interests of this trio can only be compatible in terms of the fight against DAESH," he said.
RELATED TOPICS