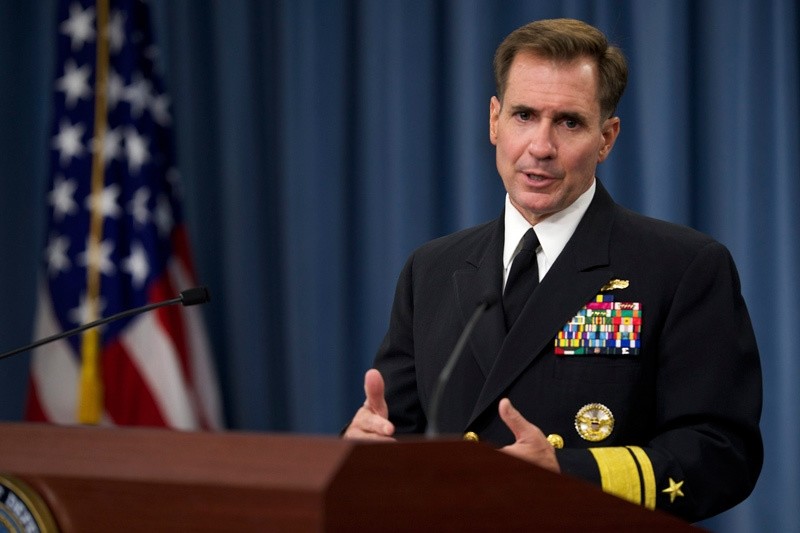 The State Department said Thursday the U.S. had every expectation for Turkey's membership to NATO to continue and remain important to the alliance's operations around the world.

"Turkey remains a NATO ally and an important partner in the fight against Daesh," State Department spokesman John Kirby said during a press briefing.

The spokesman added that Washington still valued Turkey's membership and contribution to NATO, as well as to the counter-Daesh coalition.

"We want to see Turkey's contributions in the international community on many levels, not just the security sector, but on many levels continue and so we're going to work to that end," he said.

Kirby's comments come after Turkish Foreign Minister Mevlut Cavuşoğlu said earlier Thursday, in an interview with Sputnik, that some NATO members were hesitant to "exchange technology and joint investments." Turkey has been a NATO member since 1952.

When the spokesman was asked what the U.S. position was on Cavuşoğlu's words that it was possible for Turkey to build military-technical cooperation with Moscow, and he said the U.S. was certainly not concerned over new bilateral relations between Turkey and Russia.

"If Turkey and Russia are going to work out a new or different bilateral relationship based on security and defense issues, that's for them to decide," he said.

Kirby also reiterated that the allegations that the U.S. was somehow related to the failed July 15 coup attempt were not correct, adding, Washington understood that Turkey had an obligation to look after its own security.

He added that though the U.S. continued to look for ways to grow its partnership with Turkey, it was not doing it "with a blind eye" and that it has raised some issues with Turkey.